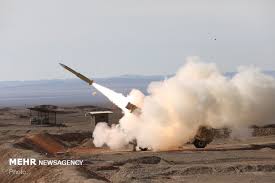 US, NATO, Israeli missiles and other weapons are used time and again for naked aggression.

Judge them by their actions, warrior states, global menace nations, threatening everyone everywhere.

The Islamic Republic of Iran never attacked another country preemptively. It's the leading regional proponent of peace and stability.

It's targeted by the US for regime change because of its sovereign independence, support for Palestinian rights, and its vast hydrocarbon resources Washington seeks control over.

It's also Israel's main regional rival, the Jewish state and the US wanting pro-Western puppet rule replacing its sovereign independence.

Its nuclear program has no military component, never did, and no evidence suggests one may be developed by a nation abhorring these weapons, wanting them eliminated everywhere.

The US, Britain, France and Israel are nuclear armed and dangerous.

America is the only nation ever to use these weapons against another state — gratuitously against Japan after its authorities offered to surrender when WW II in the Pacific was won.

In 1964, France built it in the Negev, used by Israel to develop nukes, not to produce electricity. Its nuclear program is focused on weapons development and production.

Israeli production of nuclear weapons began in the 1960s. The Eisenhower administration aided Israeli development of nukes, supplying the country with its first small nuclear reactor in 1955.

Israeli missiles, warplanes and submarines can launch nukes to reach targets far distant from its territory. Reportedly it has hundreds of warheads in its arsenal.

He was politically imprisoned for 18 years for the "crime" of truth-telling, mostly in solitary confinement — persecuted and denied his fundamental rights after released.

Today, Israel's thermonukes nukes can destroy large cities. Was Netanyahu's "wipe out" remark a threat to use these weapons against adversaries?

Does he have Iran, Syria, and Lebanon's Hezbollah in mind? Like the US, Israel is perpetually at war, mostly against defenseless Palestinians — partnering as well with US aggression against Syria since 2011, and posing a serious threat to Lebanon.

Iranian Foreign Minister Zarif slammed Netanyahu, tweeting: "Iran, a country without nuclear weapons, is threatened with atomic annihilation by a warmonger standing next to an actual nuclear weapons factory."

Last week, Pompeo said the Trump regime "will not allow Iran to use its space launch program as cover to advance its ballistic missile programs. Iran's August 29 attempt to launch a space launch vehicle underscores the urgency of the threat," adding:

US action taken "should serve as a warning to the international scientific community that collaborating with Iran's space program could contribute to Tehran's ability to develop a nuclear weapon delivery system" — it doesn't seek, no evidence suggesting otherwise.

No Iranian ballistic or other missiles are designed to carry nuclear warheads. No evidence suggests otherwise.

Neither SC 2231 or any other SC resolutions prohibit Tehran's legitimate ballistic missile development, testing and production.

Its strength gives Pentagon and IDF commanders pause about attacking a nation able to hit back hard against an aggressor.

Iran threatens no other nations. The US, NATO, Israel, and their imperial allies threaten everyone everywhere.