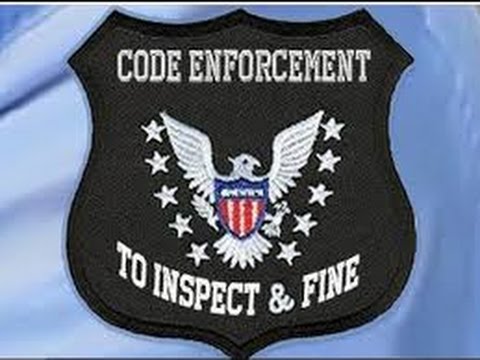 What the heck is going on in Yavapai County (AZ)...

One of the residents in Yavapai County in northern Arizona started a YouTube channel (Our Tiny Homestead) a while back to detail and share the joy of off-grid living. As time has passed, the channel is now used to document the corruption that is going on there, the tactics being used, the harassment by the 'authorities' using code enforcement violations to threaten people into compliance, etc...

Near the small town of Ash Fork is an off-grid community called Juniperwood Ranch.  It is a private ranch consisting of about 100,000 acres with several hundred property owners.  My husband and I own a 45 acre ranch in Juniperwood.  Adam Kokesh lives here too. We are completely off the grid - we get no county services at all, but we pay the same impact fees, permitting fees, and property taxes as city dwellers.

As of a couple of years ago, code enforcement started proactively citing property owners for code violations under the guise of anonymous complaints.  When word spread about this through the various FB groups in the area, it became known that the residents of surrounding towns were also being harassed.  Code enforcement was even trying to solicit local real estate companies to snitch on their clients.  Above are two videos which include an 80 year old couple who are about to be thrown off their property, as well as a real estate agent who discusses when David Dieterle (Code enforcement) approached him.  They operate under color of law and they use selective enforcement without due process, and we have evidence.

We have also learned that Development Services has snuck in a zoning change in this area from minimum 10 acre lots to 2 acre lots.  We have evidence that they did this under the noses of the Board of Commissioners.  The only reason would be because they are in cahoots with a major developer, and they plan on changing this area.  The property owners of Juniperwood Ranch are against having this area developed.

4 Comments in Response to What the heck is going on in Yavapai County (AZ)...

You can contact me at lindstorebo@outlook.com im in one of the videos

Have had success stopping code enforcement is there a contact or website one offer help to the people in Ash Fork?