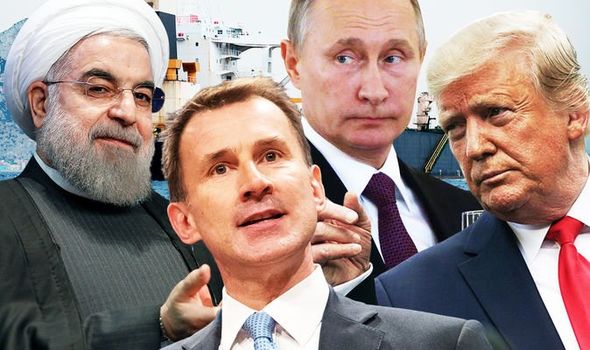 Can the Iran Nuclear Deal Be Saved?

The Trump regime's unlawful May 2018 JCPOA pullout aimed to kill the deal — based on Big Lies.

Chances are it's doomed because Britain, France, Germany and the EU failed to fulfill their mandatory obligations.

Where there's life there's hope, Iranian Foreign Minister Zarif going all out to save what took years of talks to agree on.

On September 2, Iranian Foreign Ministry spokesman Abbas Mousavi his government will reduce its JCPOA commitments  further in days if Europe remains in noncompliance.

"The third step will be heavier than the first and second ones so it can strike a balance between the Islamic Republic's rights and obligations in the JCPOA," he explained.

Suspending its voluntary commitments is permitted by JCPOA articles 26 and 36 — Iran committed to swiftly reverse its pullback if European signatories fulfill their obligations, what hasn't happened since May 2018.

Iran rejects talks with the US unless Trump returns to the JCPOA and lifts illegally imposed sanctions. It will not renegotiate the agreement.

In late August, Zarif said "(w)e are ready to talk and consult with others on how to best implement this deal. We are talking about Europe coming to comply with its own obligations under the deal."

Renegotiating the unanimously adopted agreement by Security Council members is off the table, he stressed.

In Moscow he said "it is impossible to open this Pandora box and close it again," adding:

"So we consider Russia and China as partners that have…held strong positions and who contribute to the continued survival of the JCPOA."

Earlier he said "Iran will not renegotiate what was agreed years ago and has been implemented," adding:

The Trump regime "consistently violated the nuclear deal, particularly by bullying others to prevent businesses from returning to Iran" — part of its "maximum pressure" war by other means on Iran.

In mid-August, Rouhani said he'll give European JCPOA signatories 60 more days to fulfill their obligations to save the deal after Iran implements the third stage of pulling back from its voluntary commitments.

President Rohani told his French counterpart Macron "that if Europe wants to preserve the nuclear deal then they must establish our ability to sell oil," adding:

"There are two options or solutions. One is for (the Europeans) to go to the Americans and get waivers again for oil buyers so they can buy oil from Iran, or if they cannot do that, they themselves should buy that level of oil, using a credit line."

The first option will automatically be rejected by Trump regime hardliners, the alternative possible to work, but it's a long shot.

Pompeo and Bolton will go all out to prevent it — even though Trump didn't oppose the idea, not so far at least.

An Iranian source reportedly said "(a)s a goodwill gesture and a step toward creating space for negotiations, we have responded to France's proposal."

Nonbelligerent Iran threatening no one wants its sovereignty respected and fundamental rights restored — as mandated by international law.

Is saving the JCPOA possible? The ball is in Europe's court. Complying with its provisions that are acceptable to Iran is the only way to do it.