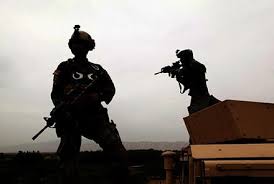 US aggression in Afghanistan continues unabated in its 18th year. Prospects for restoring peace and stability to the war-torn are more illusory than likely.

Talks between Trump regime and Taliban representatives have been ongoing since July last year.

Claims about concluding them successfully in the near-term are wishful thinking — not as long as CIA-controlled paramilitaries exist in the country.

A new study by Brown University's Watson Institute (WI) for International and Public Affairs called the "CIA army" of Afghan paramilitary forces a "threat to human rights and an obstacle to peace in Afghanistan."

It's involved in the US war OF terrorism, not on it. State terrorism is longstanding US policy, especially post-9/11 when remaining constraints on its imperial rage ended.

CIA controlled paramilitaries in Afghanistan serve US imperial interests. Their existence makes restoration of peace and stability to the country unattainable.

So does keeping US "intelligence assets" in the country on the phony pretext of countering the scourge of terrorism the US created and supports.

Withdrawal of Pentagon forces won't matter, if occurs, as long as a private CIA army in Afghanistan exists — with likely no intention of leaving.

Established shortly after US aggression on the country was launched, WI said they've "committed serious human rights abuses, including numerous extrajudicial killings of

"CIA sponsorship ensures that their operations are clouded in secrecy. There is virtually no public oversight of their activities or accountability for grave human rights abuses."

Langley paramilitaries are the modern-day equivalent of CIA-recruited Afghan mujahideen fighters against Soviet occupiers in the 1980s — today's Taliban, combatting illegal US war and occupation of their country.

They want it back, US invaders out. It's not likely as long as the CIA's private army in the country exists.

"Little is publicly known about" it said WI, adding: It's "an illegal armed group (that) no basis in Afghan law and no formal place in the state security apparatus" authorizes.

"(A)ll we know is that the CIA-sponsored forces are uniformed and well-equipped, sometimes work with American English-speaking men during raids," and are supported by Pentagon terror-bombing, indiscriminately killing civilians time and again.

Human rights groups and investigative journalists documented their crimes of war and against humanity — "operating with impunity, unconstrained by political or judicial accountability," WI explained, adding:

"(T)he CIA-sponsored program and activities of its Afghan Army are shielded from public oversight and accountability."

"Afghan authorities appear to be uninformed or unwilling to divulge anything about the program's structure, funding or operations."

"UN officials investigating reports of abuses and intentional killings of civilians by (CIA paramilitaries) were unable to obtain any information from Afghan officials."

Its dirty hands are all over plots against nations on the US target list for regime change — along with involvement in its wars of aggression.

Whatever the outcome of US/Taliban talks, Washington came to Afghanistan to stay, not leave, permanent occupation planned, wanting the country's resources plundered.

They represent potentially trillions of dollars of economic value, a treasure Washington has no intention of relinquishing. US policymakers also aim to traverse the country with oil and gas pipelines.

Controlling it is also part of their plan to encircle Russia and China with US military bases, platforms for warmaking.

Afghanistan is the world's largest opium producer, used for heroin production. What the Taliban eradicated pre-9/11, the US restored.

It's a bonanza for money-laundering Western banks. The CIA relies on drugs trafficking as a revenue source.

Permanent war is official US policy, including war by other means by illegal sanctions and other hostile actions against targeted nations.

Whatever US and Taliban representatives may agree on won't be worth the paper it's written on.

The history of US talks with other nations shows it can never be trusted.