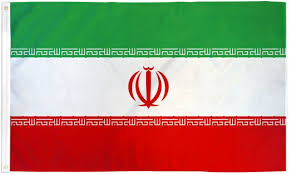 The US and Israel are nuclear armed and dangerous. So are Britain and France — joined at hip with Washington's imperial agenda, featuring naked aggression and other hostile actions.

Special forces of these EU countries operate covertly and overtly in US war theaters, their actions flagrantly violating the UN Charter and other international law.

Compare the West's agenda to Iran's, at peace with its neighbors, abhorring war and nukes, threatening no one.

Israel's Netanyahu and likeminded fascists infesting his regime push the Big Lie claim that Iran seeks nukes despite no evidence remotely suggesting it.

"And by lifting the sanctions, it fueled Iran's campaign of carnage and conquest throughout the Middle East."

"We oppose it because the deal was based on a fundamental lie that Iran is not seeking to develop nuclear weapons."

Like Trump, Netanyahu is a warmongering serial liar. The world community-supported JCPOA is all about maintaining Iran's peaceful nuclear program — with no military component it abhors and doesn't seek.

Middle East "carnage and conquest" defines the US, NATO, Israeli agenda, not how Iran operates.

Most world community members and Israel are silent about the Jewish state's nuclear arsenal and ballistic missile delivery systems.

In May 2018, coincidentally with Trump's JCPOA pullout, Netanyahu claimed Israel has thousands of incriminating documents, charts, presentations, photos and videos, showing Tehran lied for years to the international community (sic).

Without credible evidence backing his announcement, he falsely claimed Iran has a secret nuclear weapons program called Project Amad – to "design, produce and test 5 warheads, each of 10 kilotons TNT yield for integration on a missile."

He turned truth on its head, claiming Iran built a secret underground facility for developing nuclear cores and implosion systems.

Intensive IAEA inspections refuted him, an agency statement repeatedly stating that "Iran is (fully) implementing its nuclear-related commitments" according to JCPOA provisions.

No Iranian secret atomic warehouse exists, no massive amounts of equipment for making nukes, no credible evidence suggesting it — Netanyahu's Big Lie exposed to the light of day.

"This is a very, very dangerous step (sic). Iran has violated its solemn promise under the UN Security Council not to enrich uranium beyond a certain level (sic)."

"I call on my friends, the heads of France, Britain and Germany - you signed this deal and you said that as soon as they take this step, severe sanctions will be imposed. That was the Security Council resolution (sic). Where are you?"

Security Council Resolution 2231 (July 2015) includes nothing about imposing sanctions on Iran for actions it's taken in response to the US and Europe breaching their JCPOA obligations.

Multiple rounds of punishing Security Council sanctions were imposed on nonbelligerent North Korea for its nuclear deterrent, developed solely for defense over a genuine fear of US aggression.

Why haven't Security Council members sanctioned belligerent Israel for its illegal nuclear arsenal, a nation threatened by no one — at war on Palestinians and Syria, a regional menace along with Washington's presence!

On Sunday, hardline Iranophobic Israeli energy minster Yuval Steinitz falsely claimed Tehran is on "a slow march" toward having nukes. When repeated endlessly, Big Lies take on a life of their own.

Western and Israeli media perpetuate the myth of an Iranian desire to develop and produce nukes, never citing evidence backing the claim because none exists.

The hypocrisy overwhelms. Peaceful Iran, threatening no one, with no nukes or a desire to have them, is falsely called a regional menace by US and Israeli hardliners.

The real menace these countries and their imperial partners pose is absent from mainstream public discourse.