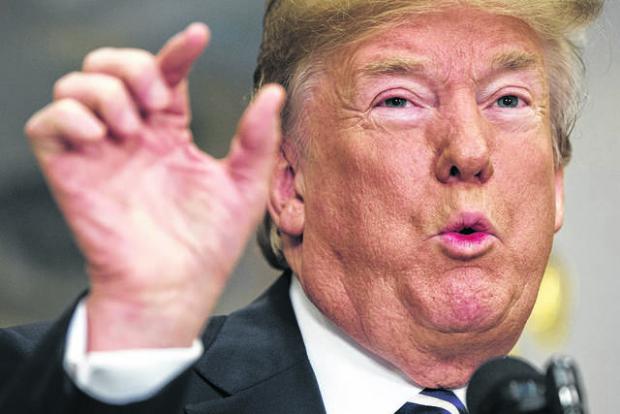 How Close Was the Trump Regime to Waging War on Iran?

From Harry Truman's aggression on North Korea to post-9/11 preemptive US wars, US ruling authorities acted with coalition of the willing partners — in lieu of going it alone.

World community opposition gives Washington pause about attacking another nation unilaterally, what so far appears to be a restraint against Trump OKing war on Iran Pompeo and especially Bolton urge.

Following incidents in the Gulf of Oman last week and regional waters in May, along with Iran downing a hostile US drone intrusion in its airspace, Trump threatened to attack the Islamic Republic.

He then stepped back, calling off what could have opened the gates of hell to all-out war, potentially devastating the country, its people and region.

The possibility of things going this far prompted a global alarm from the world community, including from close US allies, calling for restraint, opposing war on Iran.

Is this what got Trump to call off Pentagon strikes on Iranian targets? It had nothing to do with his Big Lie concern for the loss of Iranian lives he doesn't give a hoot about — or lives and welfare of ordinary people anywhere, including domestically.

His hostile agenda speaks for itself, escalating wars of aggression he inherited from Bush/Cheney and Obama, serving privileged interests exclusively at the expense of ordinary Americans harmed by his actions.

Weeks earlier, EU foreign policy chief Federica Mogherini called for "maximum restraint and avoiding any escalation on a military side" against Iran.

On the same day, Russian Deputy Foreign Minister Sergey Ryabkov said "information that we have shows absolutely clearly that the situation is extremely dangerous," adding:

"I would call this balancing on the brink of war…Most 'fires' in the Middle East were sparked by Washington's 'arsonist' policies."

Putin's spokesman Dmitry Peskov said "(t)he situation in the Persian Gulf is very tense. We are extremely concerned about it. We're following the situation carefully, and we call on all sides involved to show restraint."

A UK statement said "(w)e have said continuously that we are calling for de-escalation on all sides…We don't believe escalation would be in any party's interest and continue to talk to the US and our partners."

French President Emmanuel Macron said "(w)e need an agenda with Iran and our partners in the region that allows us to find a solution to this crisis," adding:

"We need to continue to frame the Iranian nuclear activities, to go further in time, but we must avoid the escalation of tensions. So I invite all the parties to reason, to calm down and to discuss."

Israel, the Saudis, UAE and Iranophobic hardliners in Washington support war on the country.

Iranian academic Mohammad Marandi warned that the response by its Islamic Revolutionary Guard Corps (IRGC) to US aggression would be "relentless and disproportionate," adding:

"(T)he Iranians will not only strike back at aggressive forces, but they will strike at those countries that have facilitated the United States in carrying out that attack."

"No one in Iran trusts the United States, and, in particular, no one trusts Trump."

Marandi noted the July 3, 1988 downing of Iran Air Flight 655 in its own airspace by an SM-2MR surface-to-air cruise missile launched from the USS Vincennes, killing 290 civilians, including 65 children and infants — based on a Big Lie.

Then-Iranian Foreign Minister Ali Akbar Velayati asked the Security Council to condemn the downing as a willful "criminal act, (a) massacre, (and an) atrocity."

"I will never apologize for the United States. I don't care what the facts are…I'm not an apologize-for-America kind of guy" — the same true for the vast majority of GOP and undemocratic Dem officials earlier and now.

Ship Captain William C. Rogers was awarded the Legion of Merit "for exceptionally meritorious conduct in the performance of outstanding service as commanding officer…from April 1987 to May 1989."

The citation omitted mention of downing Iran Air 655. Marandi explained that US authorities "lied about the flight, and the Western media mimicked the US government position," adding:

"They lied completely in order to make the Iranian airliner seem guilty and justify US acts. And later on it became very clear the airline…was acting as any other plane was supposed to act" — threatening no one.

Marandi noted that Captain Rogers was "awarded a medal for murdering innocents."

Countless US actions against the Islamic Republic show clear US hostility toward the country.

It can never be trusted, why Iran rejects talks with Trump regime officials, knowing the futility of engaging with hardliners bent on toppling its government.