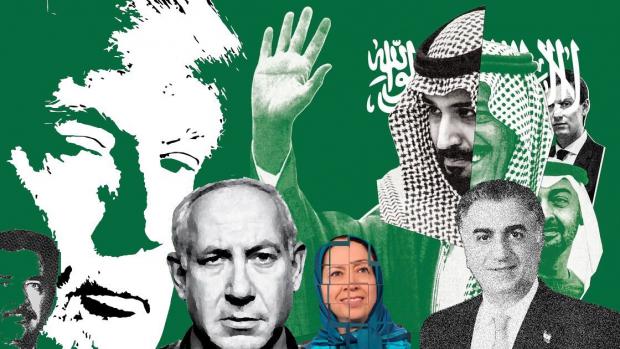 US, Israel and Saudis Pushing for War on Iran?

What's going on in Washington and the Middle East is eerily reminiscent of what preceded Bush/Cheney's 2003 war on Iraq — weapons of mass deception the pretext.

All wars are based on Big Lies and deception, truth-telling the ally of peace and stability, why aggressors go all-out to suppress it, establishment media serving their interests.

Pretexts are needed to sell wars. When none exist they're invented. Secretary of State Colin Powell was Bush/Cheney's point man for selling war on Iraq.

"(E)very statement I make today is backed up by sources, solid sources. These are not assertions. What we're giving you are the facts and conclusions based on solid intelligence," adding:

No WMDs existed, no Iraqi threat "to the world." Powell sold US aggression on Iraq based on bald-faced Big Lies and mass deception.

Mike Pompeo is Trump's Colin Powell, falsely blaming Iran for last week's Gulf of Oman incident and earlier regional ones in May. Despite no credible evidence proving his accusation, he said the following:

The Trump regime's "assessment (about Iran) is based on intelligence (sic), the weapons used (sic), the level of expertise needed to execute the operation (sic), recent similar Iranian attacks on shipping (sic), and the fact that no proxy group operating in the area has the resources and proficiency to act with such a high degree of sophistication (sic)."

The above bald-faced Big Lies reflected his Colin Powell moment, compounded by falsely blaming Iran for "attack(ing) four (UAE, Saudi, Norwegian) commercial ships near the Strait of Hormuz" last month no evidence suggests it had anything to do with.

Despite the madness of war on Iran, risking the Middle East boiling more than already over if launched, rage by hardliners in Washington to transform Iran into a US client state could make the unthinkable reality.

On Friday, acting US war secretary Patrick Shanahan said he, Pompeo, and John Bolton are working on "build(ing)  international consensus to this international problem" — referring to falsely blaming Iran for the Gulf of Oman and earlier regional incidents no evidence suggests it had anything to do with.

Iranian Foreign Minister Mohammad Javad Zarif slammed false Trump regime accusations, saying the US "immediately jumped to make allegations against Iran without a shred of factual or circumstantial evidence" — nothing but Big Lies about incidents with US and perhaps Israeli fingerprints all over them.

On Saturday, Saudi energy minister Khalid al-Falih called for "a rapid and decisive response to the threat," falsely pointing fingers at Iran.

"We do not want a war in the region (sic). But we won't hesitate to deal with any threat to our people, our sovereignty, our territorial integrity and our vital interests."

Israeli military intelligence-connected DEBKAfile falsely accused Iran of "pulling off half a dozen attacks on US allies in the past month (sic), peaking in the sabotage of two oil tankers in the Gulf of Oman on Thursday, June 13 (sic)," adding:

"Tehran managed to keep its plans hidden from the eyes of hostile spy agencies and catch them all by surprise."

Israel and the Saudis are itching for the US to wage war on Iran. Haaretz is part of the propaganda war on the country, saying:

"Iran was responsible for Thursday's attack on oil tankers in the Gulf of Oman, as it was for other incidents in recent weeks in the area" — short of evidence proving it, adding:

What's discussed privately is another matter. There's no ambiguity about longstanding Israeli rage for wanting Iran eliminated as its key regional rival, wanting the US to serve its interests.

Separately, the Taliban claimed responsibility for a May 31 Kabul, Afghanistan suicide bombing, wounding four US military personnel and at least three civilians.

Pompeo falsely blamed Iran for the incident, calling it one "in a series of attacks instigated by the Islamic Republic of Iran and its surrogates against American and allied interests" — adding another reason to sell war on the country.

Deputy director of the right wing Wilson Center's Asia program Michael Kugelman was skeptical about the above accusation, saying:

Trump regime hardliners are "itching for a fight with Iran. Unfortunately, that sometimes entails making some accusations against Iran that are somewhat questionable."

Blaming Iran for a Kabul attack "seems like a bit of a stretch," his remarks a clear understatement about another incident no evidence suggests Iran had anything to do with.

Making accusations is easy, proving them another matter entirely. Most important is world community and public perception as well as consensus.

Clearly Trump regime hardliners are trying to build a case for war on Iran or at minimum gain consensus to isolate the country, including by getting Brussels to cease supporting the JCPOA nuclear deal even though Britain, France and Germany have done little to enforce it after Trump's May 2018 pullout.

The US wants Iran brought to its knees, its oil, gas, and other revenues from international trade cut off, forcing it to bend to Washington's will.

If its war by other means fails, what's been the case for decades, war may be the Trump regime's fallback option.

That's why it's crucial for the world community to unite against the greatest threat to world peace in the post-9/11 era.