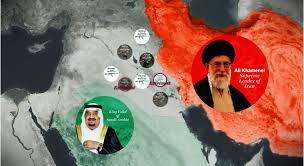 In response to what appears to have been a false flag attack on two tankers in the Gulf of Oman, establishment virtually blamed Iran, despite no evidence suggesting its authorities had anything to do with the incident — sticking to the official narrative instead of debunking it.

The NYT headlined: "Tankers Are Attacked in Mideast, and US Says Video Shows Iran Was Involved," adding:

"A military spokesman, Capt. Bill Urban, said the video showed an Islamic Revolutionary Guards Corps patrol boat pulling up alongside the Kokuka Courageous, one of the stricken ships, several hours after the initial explosion, and removing an unexploded limpet mine in broad daylight."

Was the video real or fake? If real, was Iran acting responsibly to prevent greater damage and possible loss of lives?

One of its vessels rescued 44 crew members from the two affected tankers, transporting them safely ashore, not how an aggressor acts.

Neither the Trump regime or the Times presented any credible evidence suggesting Iranian responsibility for the Thursday incident because none exists. Without it, accusations are baseless.

Time and again, adversaries and enemies on the US target list for regime change are falsely blamed for crimes committed against, nor by, them.

The Times mocked Iranian Foreign Minister Mohammad Javad Zarif, saying "(s)uspicious doesn't begin to describe what likely transpired (Thursday) morning" — quoting serial liar Pompeo firing back, saying he "may think this is funny, but no one else in the world does."

The Times cited unnamed "analysts" hostile to Iran, falsely blaming the country for "last month's attacks, which took place near the port of Fujairah in the United Arab Emirates," adding:

"(T)hey argued that Iran appeared to be seeking to demonstrate it could imperil the world's oil markets, but without leaving the kind of fingerprints that could trigger American military retaliation" — no evidence presented to back the claim.

The neocon/CIA house organ Washington Post headlined: "US blames Iran for attack on oil tankers, releases video purporting to show Iranians removing mine" — implying its responsibility for planting it despite no evidence suggesting it had anything to do with the Gulf of Oman incident.

WaPo cited Pompeo's Big Lies about what happened, falsely blaming Iran for what he called a "blatant assault (sic)" with classic earmarks of a false flag, a US/Israeli specialty, not how the Islamic Republic operates.

No evidence suggest hostile Iranian attacks against other nations at any time. Yet it's vilified time and again about actions it had nothing to do with.

Right-wing extremist Wall Street Journal editors turned truth on its head, claiming "(i)t is almost certainly true that Iran is behind the (Gulf of Oman) attacks (sic), which makes it all the more important that the West unite in opposition to Iran's (nonexistent) aggression (sic)," adding:

"The Iranians, under intense financial pressure from American sanctions on their oil exports, were sending the world a message: Pressure the US to lift the sanctions or there will be more of this, and worse, to disrupt oil shipments in the Gulf."

These remarks and similar hostile  comments without substance backing them are the stuff planned naked aggression is made of.

Is that where things are heading in a part of the world already ablaze from US aggression in multiple theaters — the region to boil over if Iran is preemptively attacked, risking possible global war if things go this far.