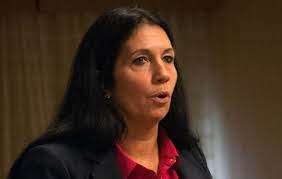 Cheri Honkala Convicted in US of Activism for Social Justice

Activists involved are "mothers, fathers, children, and grandparents; we are the unemployed, the working poor, the downsized, the homeless, the victims of welfare reform and NAFTA, the cast-asides of the new economy; we are social workers, religious leaders, labor leaders, artists, lawyers, and other people of conscience; we are young and old; we live in rural areas and in urban centers."

PPERC aims "to abolish poverty everywhere and forever (through) demonstrations" and other activism.

In 2012, Honkala was Green Party candidate for vice-president, arrested during the campaign for protesting in an Independence Mall tent city against homelessness in Philadelphia.

According to the National Alliance to End Homelessness, it's a nationwide scourge affecting over 550,000 people daily in the world's richest country — uncaring about its most disadvantaged, allocating its discretionary income largely for militarism, warmaking, and corporate handouts, social justice on the chopping block for elimination by a thousand cuts.

Arrested for activism and outspokenness over 200 times, Front Line Defenders named Honkala one the 12 most endangered activists in the US.

As Green Party candidate for sheriff of Philadelphia in 2011, she pledged to combat evictions of poor families from their homes, saying she'd refuse to order them out if elected.

She received numerous awards, including Ms Magazine naming her woman of the year, the Bread and Roses Human Rights Award, Public Citizen of the Year by the Pennsylvania Association of Social Workers, and the Washington Institute for Policy Studies' Letelier-Moffitt award.

After earlier in life experiencing the hardships of homelessness firsthand, she became a leading advocate for others enduring the same thing.

On June 10, the US District Court for the District of Columbia convicted her on phony charges of trespassing.

In March 2018, she led a delegation of 100 March for Our Lives activists to Washington. She sought an audience to meet with Housing and Urban Development (HUD) secretary Ben Carson on lack of affordable housing and related issues.

On arrival at HUD headquarters, she was arrested and detained by Homeland Security agents. Following trial by jury for the "crime" of supporting social justice for the nation's poor and disadvantaged, she was convicted and sentenced to time served.

"They want to silence me for standing up for poor people, for affordable housing, and questioning the business speculation" said Honkala in response to her sentence, adding:

"Not only are we being gentrified out of existence, our ability to speak out is also being taken away." Green Party Secretary Jody Grange added:

"It is outrageous that any citizen would be charged for trying to speak with a government official about a legitimate issue."

"Cheri Honkala has been a long-time leader in advocacy for our most vulnerable citizens. To imagine that she would be turned away from voicing her concerns, let alone charged and sentenced, is unconscionable."

"This is a rallying cry for all of us to step forward and express grave concern about our right to petition the government for redress of grievances and to speak out about the ongoing economic injustices that have been plaguing US citizens for decades."

"This decision places a chilling effect on every citizen's ability to air their grievances to our government officials, a right clearly protected in the First Amendment of the US Constitution," said Green Party co-chair Justin Beth, adding:

"It is unbelievable that Secretary Carson has called for 100,000 people to be dropped from public housing programs. Arresting and charging Cheri Honkala for trying to give another side to the story is simply appalling."

"Green Party members everywhere support Cheri Honkala. Her activism and determination to stand up for impoverished people in our country is amazing and an example for everyone to follow. We stand behind her, one hundred percent."

Honkala intends to appeal the injustice against her. She'll continue advocating for the homeless in America, she stressed.

US federal courts and most others at the state and local levels are stacked with right wing extremists. Equal justice under law in America is a meaningless figure of speech.

Injustice is deep-seated. The nation's poor, people of color, Muslims from the wrong countries, and others disadvantaged are denied constitutionally guaranteed due process and equal justice under law time and again.

Police state injustice replaced rule of law protections in the US, constitutional rights declared null and void if targeted by the state. Anyone can be arrested and detained indefinitely, charged or uncharged.

The ACLU earlier said thousands in America got life without parole (LWOP) sentences for repeat offenses, including for "possessing a bottle cap smeared with heroin residue," shoplifting three belts, breaking into a parked car, or stealing a lunch bag – minor offenses and others like them, warranting no more than misdemeanor punishment.

America is the only nation sentencing children under age-18 to life imprisonment without the possibility of parole – an unconstitutional practice, banned under the 8th Amendment, prohibiting "cruel and unusual punishments," yet over 2,100 juveniles are affected, never again to be free without a presidential pardon not likely coming.

The First Amendment affirms freedom of religion, speech, the press, the right to peacefully assemble, and petition the government for redress of grievances.

What it guarantees isn't the way things are. Julian Assange is Exhibit A, and he's not even a US citizen. Sheri Honkala and countless other activists are mistreated the same way.

They're punished for supporting right over wrong, for wanting peace, equity and justice, not endless wars of aggression, for believing government is all about serving everyone, not just the privileged few.

In today's America, supporting equal justice under law risks arrest and imprisonment. Undemocratic Dems are as hostile to the rule of law and justice as Republicans.

Instead of upholding international, constitutional, and US statute laws, courts in America most often support privilege over equal justice.