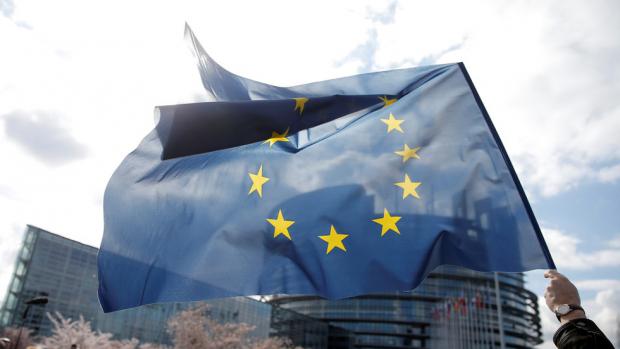 Because of the Trump regime's illegal pullout in May 2018, the JCPOA nuclear deal may be doomed.

Iran, Russia and China alone fully support it, not EU signatories Britain, France and Germany. They failed to deliver on commitments made, promising one thing, then reneging by not continuing normal ties with Iran, including purchases of its oil, gas, and petrochemicals, along with maintaining normal financial relations.

Instead of refusing to go along with unlawful Trump regime sanctions, Brussels honors them, a flagrant breach of JCPOA provisions.

Instead of forthrightly fulfilling their commitments, EU countries delay, equivocate, and bow to Washington's will, expressing weak-kneed "regret and concern" alone over the Trump regime's pullout, taking no meaningful actions to oppose it — just the opposite.

Their actions, or lack of them, over the past year show where they stand on this issue, siding with the Trump regime on Iran on the JCPOA and other issues, breaching international law.

Their unacceptable actions show "why the JCPOA is where it is. The US has bullied Europe—and rest of world—for a year, and the EU can only express 'regret,' " adding:

"Instead of demanding that Iran unilaterally abide by a multilateral accord, the EU should uphold its obligations, including normalization of economic ties" with the Islamic Republic.

Brussels refuses to fulfill its commitments, showing subservience to Washington on this issue and nearly all others, maintaining the EU's colonial status instead of asserting the sovereign independence of its nations.

Weeks earlier, Iranian Deputy Foreign Minister for Political Affairs Abbas Araqchi said "(w)e have not left the JCPOA so far, but we have put such a move on our agenda and that would happen step-by-step" if EU countries continue siding with hostile Trump regime policies against Tehran.

If things continue on their present course, the JCPOA may be doomed — despite good faith efforts by Iran, Russia and China to save it.

In response, Iranian Parliament Speaker Ali Larijani called remarks he made about their meeting on the sidelines of the 75th D-Day commemoration in Caen last week "regrettable and naive."

They failed to match what he told Iranian President Rouhani, showing where he really stands on issues related to the Islamic Republic, opposing its sovereign rights.

Trump reportedly said his regime prioritizes confronting (entirely legal) "Iranian behavior," preventing the country from obtaining nuclear weapons (it wants nothing to do with), curbing its (legitimate) ballistic missile program, containing its (lawful) regional activities, and establishing Middle East peace the US abhors and won't tolerate — nor in any of its war theaters.

Separately on Sunday, German Foreign Minister Heiko Mass arrived in Tehran to discuss the JCPOA and US policies toward Iran.

Mass coordinated his trip with his US, UK, and French counterparts, suggesting Berlin is allied with the Trump regime against normal relations with the Islamic Republic.

Ahead of his arrival, Mass said he'll stress Berlin's concerns about Iran's (legitimate) ballistic missile program, solely for defense, unlike how US-dominated NATO, Israel, and their imperial partners operate.

He'll also raise the issue of Iranian involvement in Syria — combatting US/NATO/Israeli/Saudi supported terrorists, its military advisors invited by Damascus, their presence entirely legal, polar opposite unlawful/indefinite US occupation of northern and southern parts of the country.

Iran seeks cooperative relations with other nations, threatening none. Its weapons permitted by international law are solely for defense.

Its military spending is "far less than any country in the region," said Zarif. It fully complies with Security Council Resolution 2231, adopting the JCPOA.

Nothing in it prohibits Iran's ballistic missile program — as long as missiles capable of carrying nuclear warheads aren't tested.

No evidence suggests Iran has gone in this direction, Numerous IAEA inspections confirmed full Iranian compliance with the JCPOA.

If Britain, France and Germany continue failing to fulfill their obligations under the deal, saving it may not be possible.

On Monday, Zarif said Iran will cooperate with Britain, France, and Germany to try saving the JCPOA. It's been Iran's position all along, failing to get EU support so far with no prospect for things changing, based on lack of progress for over a year since Trump pulled out of the deal.