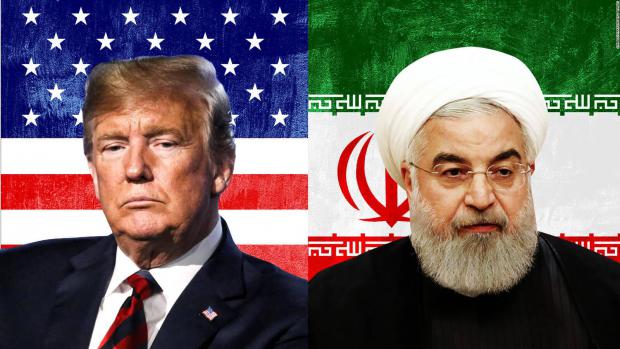 The engineering firm is connected to the Islamic Revolution Guards Corps (IRGC), falsely designated a terrorist organization by the State Department.

Pompeo called the action part of the Trump regime's "maximum economic pressure" on Iran — failing to explain that US policies toward the country flagrantly violated international law.

PGPIC and its subsidiaries account for about 40% of Iranian petrochemical production and half of its exports.

The Treasury Department turned truth on its head, falsely claiming "profits from these activities support the IRGC's full range of nefarious activities (sic), including the proliferation of weapons of mass destruction (sic) and their means of delivery (sic), support for terrorism (sic), and a variety of human rights abuses (sic), at home and abroad (sic)."

All of the above apply to the US and its imperial partners in high crimes of war and against humanity, not Iran, the region's leading proponent of peace and stability.

In remarks days earlier, Ayatollah Ali Khamenei said "(s)tanding  and resisting the enemy's excessive demands and bullying is the only way to stop him."

Calling it part of its "economic terrorism," it belies Trump's phony willingness to engage in talks with Iran, adding:

It's further proof of the Trump regime's "deceitful, untrue and merely in service of appealing to the public opinion contrary to the principles and rules of international relations and law…"

"All countries have a responsibility to react against the flagrant violations of the fundamental principles of international law and not to allow the international community's achievements in multilateralism to be further ruined by the bullying and unilateral actions of the American governing body."

Unfortunately, most nations bow to Washington's will even when harming their own interests.

In response to sanctions against the company, its CEO said its operations will continue as planned.

"We support nothing of what is being done against Iran. We're discussing this with our partners (sic), trying to persuade them that it is necessary to resort to measures that don't destroy the positivity, the hard work of the past years, and don't create anything long-term."

It falls on deaf ears in discussions with the US, Britain, and other EU nations. They dismiss the fact that Iran threatens no one and "is today the most verifiable country in the world," Putin stressed, adding:

"These are not hollow words. This is what the IAEA management has been talking about." Its monitors have not found "a single violation in terms of the arrangements reached in the framework of the JCPOA."

In its latest assessment dated May 31, the IAEA said Iran's increased stocks of enriched uranium are within limits set by the JCPOA, showing the country is in full compliance with its provisions.

"(W)e perceive threats of this kind calmly. We do not succumb to blackmail, and we will systematically expand and develop our cooperation with the Islamic Republic of Iran, including in the atomic energy sector in full compliance with international law and the national legislation of our countries, regardless of what US colleagues (sic) are undertaking…"

The Russo/Iranian strategic partnership remains firm. The same goes for China and other nations.

JCPOA signatories Britain, France, and Germany, as well as Brussels representing all EU countries failed to follow through on their rhetorical pledge to maintain normal economic, financial, and trade relations with Iran — bending to Washington's will instead.

Instead of working as claimed, it gained no traction, he said, failing to circumvent illegal US sanctions — except for "goods not falling under the sanctions."

Tehran created a Special Trade and Finance Instrument (STFI) to partially circumvent them. It hasn't worked so far because of EU failure to accept it.

In early May, Iran gave the bloc a 60-day deadline to comply with its obligations required by JCPOA provisions — rejected by Brussels, continuing to defer to US interests.

If the EU fails to fulfill its commitments, Iran will no longer feel obligated to stick with what the JCPOA calls for.

Foreign Minister Zarif said Tehran will partially suspend its JCPOA commitments if EU signatories fail to fulfill their obligations in 60 days, "especially in the banking and oil sectors," he stressed.

Iran suspended some of its voluntary commitments, relating to enrichment and storage of uranium and heavy water, its legal right under articles 26 and 36 of the deal.

Zarif explained that Tehran is ready to engage cooperatively with EU nations to ensure full mutual compliance with JCPOA provisions — "seek(ing) to bring the deal back on track."

Instead of rejecting unacceptable Trump regime actions and fulfilling their JCPOA obligations, EU policymakers ignored them, allying with Trump regime hardliners against Iran.