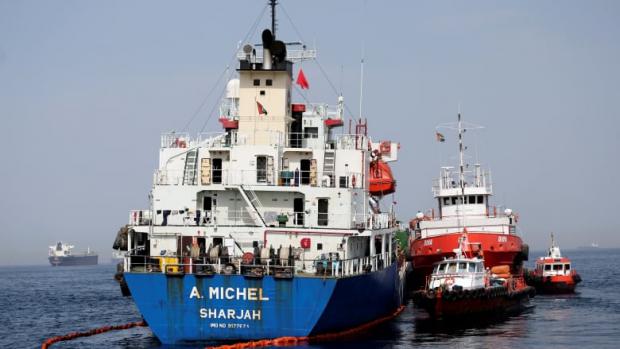 On May 12, two Saudi and one Norwegian oil tankers were damaged in the Gulf of Oman, along with a UAE vessel — Iranian responsibility implied for what UAE authorities called a "sabotage attack" without laying blame for incident.

John Bolton blamed Tehran for the incident, along with an alleged attack on the Saudi oil port of Yanbu — despite no evidence suggesting the Islamic Republic's involvement in any regional attack on another country.

Bolton threatened Iran with "a very strong (US) response" if its regional interests are threatened.

"We monitor them along with a whole range of others because that's the environment we're in. If the threat level…go(es) up, then we'll raise our force protection measures accordingly."

As of now, "(w)e don't see an increased threat from" Iran or its allies. Germany's Defense Ministry spokesman Jens Flosdorff agreed with Ghika, saying "there is no concrete threat" from Iran to the US or  regional countries.

Claims about Iranian responsibility for sabotage to Saudi, UAE, and Norwegian vessels, as well as alleged involvement in other Persian Gulf incidents, have no validity. No evidence supports them.

"The assessment of the damage to the four vessels and the chemical analysis of the debris recovered revealed it was highly likely that limpet mines were used in the attacks on the four vessels on 12 May 2019," adding:

"The attacks required trained divers. The explosive charges were placed with a high degree of precision under the waterline, in ways that were designed to incapacitate the ships without sinking them or detonating their cargoes - indicating minute knowledge of the design of the targeted ships."

Blaming a "state actor" for the incident, the statement implied Iranian responsibility for what happened — despite no evidence suggesting it, no possible motive.

Deputy Russian UN envoy Vladimir Safronkov debunked the claim for lack of evidence. Iranian Foreign Minister Mohammad Javad Zarif called the incident a "false flag," staged to wrongfully blame Iran for what it had nothing to do with, tweeting the following:

"The (Trump regime's) #B_Team's boy (Bolton) who cries wolf is crying once again: this time Mossad is fabricating intelligence about (nonexistent) Iran(ian) involvement in (Gulf of Oman) sabotage…"

"I've warned of 'accidents' and false flags—we know what happens when you believe their lies. We've been here (countless times) before, haven't we?"

If it walks, looks, and quacks like a duck…

In May, a dubious report by the German federal state of Bavaria's Office for the Protection of the Constitution falsely called Iran a "risk country (that's) making efforts to expand its conventional arsenal of weapons (to manufacture) nuclear, biological or chemical weapons of mass destruction."

At the same time, the northern German state of Mecklenburg-Vorpommern claimed "intelligence services of (Pakistan, Iran, North Korea, and Syria) are involved in unlawful procurement activities in the field of proliferation, using globally oriented, conspiratorial business and commercial structures."

Reports like these surfaced before, including other hostile claims about Iran with no credible evidence supporting them.

The nuclear watchdog IAEA affirmed full Iranian compliance with JCPOA provisions in numerous assessments about its legitimate nuclear program with no military component.

Suggesting otherwise is likely US/Israeli-pushed disinformation about the Islamic Republic. Its military never attacked another country throughout the nation's 40-year history.