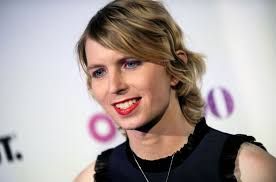 Time and again, the US honors its worst, persecutes its best, denying their fundamental rights, locking them in cages for political reasons, often in solitary confinement, flagrantly violating international and US constitutional law.

Article 9 of the International Covenant on Civil and Political Rights states:

"1. Everyone has the right to liberty and security of person. No one shall be subjected to arbitrary arrest or detention. No one shall be deprived of his (or her) liberty except on such grounds and in accordance with such procedure as are established by law."

Article 9 of the Universal Declaration of Human Rights states "(n)o one shall be subjected to arbitrary arrest, detention or exile."

Under US law, the presumption of innocence is fundamental – unless or until proved guilty beyond a reasonable doubt by public trial in an impartial court of law.

Wrongfully charging, prosecuting, convicting, sentencing and imprisoning anyone for political reasons flagrantly violates the above principles.

Chelsea Manning's 2010 arrest, brutalized detention, prosecution, and rubber-stamp conviction for exposing US high crimes of war and against humanity was a travesty of justice.

So was her rearrest and detention in solitary confinement for invoking her constitutional right to remain silent.

Police state America operates by its own rules, its global gulag prison system the shame of the nation.

In the US, countless thousands face judicial unfairness. The nation's most vulnerable are targeted for supporting ethnic justice, racial emancipation, political, economic and social equality across gender and color lines, along with exposing high crimes of state at home and abroad.

Chelsea Manning affirmed that her soul isn't for sale, saying she'll never betray her principles or agree to unacceptable demands.

On Monday, a member of her legal team Moira Meltzer-Cohen filed a motion for her release, stating the following:

"A witness who refuses to cooperate with a grand jury subpoena may be held in contempt of court, and fined or incarcerated."

"The only permissible purpose for confinement under the civil contempt statute is to attempt to coerce a witness to comply with the subpoena, or 'purge' their contempt."

"If it is no longer possible to purge the contempt, either because the grand jury is no longer in existence, or because the witness is un-coercible, then confinement has been transformed from coercive into punitive, in violation of the law."

"The key issue before Judge Hilton is whether continued incarceration could persuade Chelsea to testify."

"Many judges have complained of the 'perversity' of this law: that a witness may win their freedom by persisting in their contempt of court."

"However, should he agree that Chelsea will never agree to testify, he will be compelled by the law to order her release."

"Since Ms. Manning is not going to agree to give testimony before the grand jury, she argues, her confinement has exceeded its permissible scope, and she must be released."

"Letters of support were submitted to the Court by Ms. Manning's friends, family, and colleagues, including from representatives of civil liberties organizations including the ACLU, the Freedom of the Press Foundation, the Electronic Frontier Foundation, and Fight for the Future."

"These letters reiterate that Chelsea is a person of great moral courage, who will not be swayed into betraying her principles, even in the face of great hardship."

"That her confinement has already been so arduous gives credence to her claim that she will endure great hardship rather than agree to cooperate."

Manning said the following in defense of her position and wrongful detention:

"After two months of confinement, and using every legal mechanism available so far, I can —without any hesitation— state that nothing will convince me to testify before this or any other grand jury for that matter."

"This experience so far only proves my long held belief that grand juries are simply outdated tools used by the federal government to harass and disrupt political opponents and activists in fishing expeditions."

"The way I am being treated proves what a corrupt and abusive tool this truly is. With each passing day my disappointment and frustration grow, but so too do my commitments to doing the right thing and continuing to refuse to submit."

"I believe this grand jury seeks to undermine the integrity of public discourse with the aim of punishing those who expose any serious, ongoing, and systemic abuses of power by this government, as well as the rest of the international community."

"Over the past decade, I grappled with bouts of depression. I can think of nothing that could exacerbate those struggles more than pretending to live as someone I am not once again, and turning my back on everything I care about and fight for."

"I wish to return home. I want to return to my work — writing, speaking, consulting, and teaching."

"The idea I hold the keys to my own cell is an absurd one, as I face the prospect of suffering either way due to this unnecessary and punitive subpoena: I can either go to jail or betray my principles. The latter exists as a much worse prison than the government can construct."

Before her unjust arrest on March 8, she tweeted the following, saying: "(T)omorrow I'm facing a sealed contempt hearing for refusing to testify at a secret grand jury over my 2010 disclosures" adding she was prepared to handle the expected affront to her dignity and rights.

At the time, her attorney Moira Meltzer-Cohen said it's "an act of tremendous cruelty" to jail her for courageously defending her constitutional rights.

She's held in punitive solitary confinement for refusing to sacrifice her fundamental rights, for not responding to unjust questioning, unwilling to risk unwitting self-incrimination, along with potentially helping the prosecutor build a phony case against Julian Assange – why the grand jury she was called before to testify was convened in the first place.

Expressing willingness to "face the consequences," she continues to stand by principles she holds dear.

She's one of America's best, a genuine heroic figure, unjustly punished for doing the right thing.