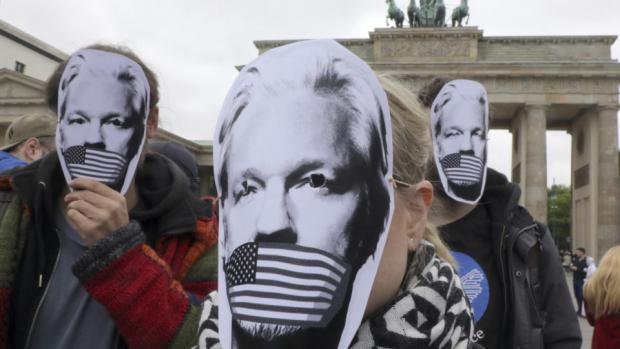 Assange's Unjust Sentence, Will Fight Extradition to US

Grossly mistreating Assange and Chelsea Manning is all about silencing truth-telling, wanting dirty secrets about imperial high crimes suppressed, what the public has a right to know, what journalism the way it should be is obligated to report and explain — demanding accountability in opinion pieces.

In Manning's case, it's about exposing US war crimes and denying her constitutional rights, imprisoning her a second time (in solitary confinement) over her right to remain silent.

For Assange, he was violently arrested extrajudicially, held in solitary confinement, and sentenced to 50 weeks imprisonment for "violating bail terms," relating to a phony rape and sexual abuse charge later dismissed.

The unacceptable sentence came ahead of handing him over to US authorities for crucifixion — for the "crime" of award-winning truth-telling investigative journalism, reporting what Manning uncovered and a whole lot more about imperial wrongdoing.

WikiLeaks denounced his unjust sentence, calling it "shocking (and) vindictive," expressing great concern over the unlikelihood that he'll get a fair extradition hearing.

If handed over to US authorities, besides the phony "conspiracy" accusation, he's virtually certain to be charged with espionage under the long ago outdated 1917 Espionage Act, a WW I relic, used to persecute imperial state victims for actions above and beyond the call of duty — for exposing dirty imperial secrets.

"His imprisonment and threatened extradition to the United States has drawn a sharp line in the sand. You are either encouraging the crackdown on media freedom or you are standing with Julian Assange."

Separately, he said the " extradition request that needs to be fought…That is a question of life or death for (Assange), and it's a question of preserving a major journalistic principle — the right for a publisher to publish truthful information (from reliable sources). That's what it's all about."

"Think of what is happening here. I don't have any faith in the government or branches of government. It seems to me, that with all of the failures of those branches in the Wikileaks case, that people must rise up and do something."

"(E)verything (in his defense) has been dismissed. The judge dismissed the UN Working Group on Arbitrary Detention ruling and ridiculed it…UK foreign minister (Jeremy Hunt)" did the same thing.

"This is outrageous, and if we don't start to organize and protest and change things, we're going to see a breakdown of all norms in our society and the international system. So it's a very serious thing and a litmus test for everybody."

Assange's May 2 extradition hearing will resume on May 30. He wasn't present in court on what affects his fundamental rights, freedom, and possible death sentence, making a statement via video link from behind bars in London's Belmarsh prison — where he's punitively isolated as a political prisoner unjustly.

Asked about Britain's likely intent to hand him over to US authorities, he said "I do not wish to surrender myself for extradition for doing journalism that has won many many awards and protected many people" — stressing he intends to fight extradition.

He's being punished and otherwise abused for doing the right thing. Presiding Judge Michael Snow also ruled that an extended hearing on his case will be held on June 12.

His lawyer Jen Robinson said UK police arrested and detained him for "extradition to the United States for (the crime of) publishing" information everyone has the right to know.

His arrest was "not just for breach of bail conditions (related to phony rape and sexual abuse charges) but also in relation to a US extradition request."

"This sets a dangerous precedent for all journalist and media organizations in Europe and around the world."

His legal team will be "contesting and fighting" extradition to the US, Robinson vowed. If unsuccessful in UK courts, his case will likely be appealed to the European Court of Human Rights or European Court of Justice, the highest EU court.

If extradited to the US, he'll likely face torture and abuse, mistreatment similar to what Chelsea Manning endured for nearly seven years, more of the same ongoing for invoking her constitutional rights to stay silent.

At stake for them both, all journalists, and everyone else are fundamental speech, media and academic rights. If lost, so will all others — what tyranny is all about.

Just because you're paranoid…THEY ARE OUT TO GET YOU!!

Hohmann: Technocrats Are Leading The World Into A New Dark Age