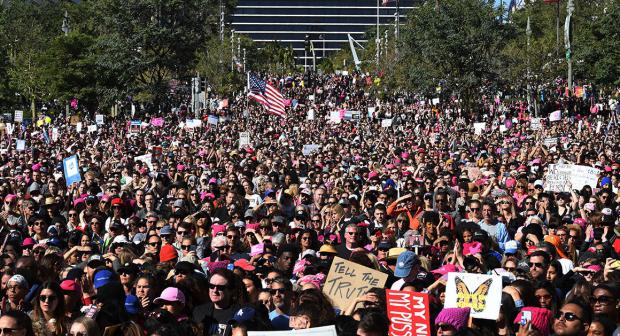 Activism in DC Against US Tyranny

Washington under both extremist wings of its war party is global headquarters for fascist tyranny, humanity's curse, a scourge threatening its survival.

Venezuela is in the eye of its storm, illegal US sanctions war stealing tens of billions of dollars of its assets.

On Friday, the Trump regime illegally sanctioned its Foreign Minister Jorge Arreaza for truth-telling about US viciousness against his country, denouncing what he called the Trump regime's "criminal blockade" at the UN in New York.

On Thursday, head of Russian Intelligence Sergei Naryshkin denounced US actions against Venezuela, supported by other Western and most regional countries, flagrantly violating international law.

Trump regime hardliners are "tearing Venezuela apart cynically and following the same patterns as in Libya and Syria," Naryshkin stressed.

On Wednesday, Russian Defense Minister Sergey Shoigu said the US "is taking up the Monroe doctrine, which aims to limit the sovereignty of Latin American countries, to put pressure on those who do not follow the same policies as Washington, as an instrument of pressure they take into account all possible methods, including force."

Days earlier, Pompeo said as CIA director, "(w)e lied. We cheated. We stole" - Langley's mandate throughout its odious history since 1947.

On Friday, Pompeo discussed what he called State Department "ethos." He lied saying "I am a champion of American diplomacy (sic)."

It's nonexistent. The US doesn't negotiate with other countries. It pressures, bullies, threatens, bribes, and/or bludgeons them to be subservient to its interests at the expense of its own.

Pompeo lied claiming "(w)e support and defend the Constitution of the United States (sic). We protect the American people and promote their interests and values around the world by leading our nation's foreign policy (sic)."

He lied saying "I act with uncompromising personal and professional integrity (sic)" — attributes he never had and surely lacks now.

Pompeo and Bolton are co-Trump regime point men for transforming sovereign independent nations into US vassal states, their resources looted, their people exploited.

Iran and Venezuela are prime targets. In a Fox News interview to air Sunday, Iranian Foreign Minister Mohammad Javad Zarif accused the Trump regime, Israel, the Saudis, and UAE of "dragging the US into a conflict" with the Islamic Republic.

The struggle to protect Venezuela's Washington embassy, the nation's sovereign territory, from a hostile US takeover is symbolic of the Bolivarian Republic's greater struggle to remain free from America's imperial scourge.

Invited by Venezuelan ruling authorities, dozens of activists are living in, protecting, and aiding the skeleton diplomatic staff remaining in the facility.

Ordered out by the Trump regime, they're steadfastly holding firm, refusing to obey an illegal order to leave, a hostile takeover yet to be attempted — an Embassy Protection Collective statement saying on Friday:

So far, "(p)eople power has stopped the takeover but those in solidarity with the Venezuelan people must increase their presence to continue to protect the embassy," adding:

Weekend activist events are planned. "We are calling for a full mobilization of all people of conscience to join us…"

Activists nationwide came to Washington, aiming to prevent the Trump regime from handing over the embassy to representatives of designated puppet/usurper in waiting/imposter Guaido.

He thanked them "for standing up for international law, for the well-being of the Venezuela embassy in Washington…for…respect(ing) Venezuela's national sovereignty (and democratically elected and reelected) President Maduro, (as well as) for safeguarding our embassy and our premises."

Embassy protectors called what they accomplished so far "a tremendous achievement in preventing the illegal seizure of an embassy of a sovereign country by the Trump" regime.

Pompeo, Bolton, and Abrams may intend delaying their takeover until they tire and leave the facility — why it's important for many hundreds, ideally thousands, to get involved, spreading the word to others, taking turns protecting the embassy, staying the course as long as the coup plot continues.

People have power when they use it. Resisting tyranny is a universal right and obligation. Its scourge threatens everyone everywhere.

US ruthlessness is too pernicious to tolerate. The choice is either resistance or enslavement, a living death.

Dark forces in Washington forfeited their right to rule. The only solution is popular revolution, challenging authority, refusing to accept the unacceptable, standing tall for peace, equity and justice for everyone everywhere.