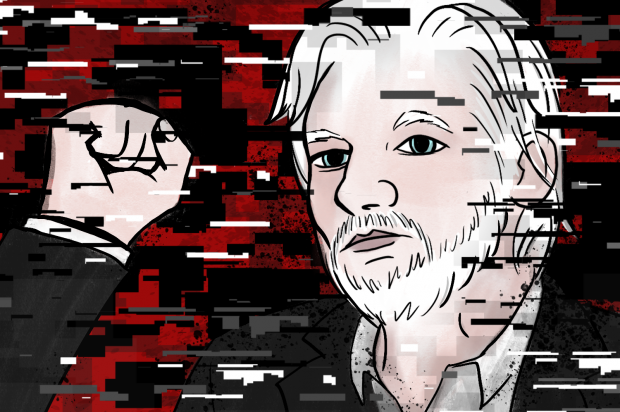 Unsealed 2017 Phony US Charges Against Assange

Arresting Assange in London was all about extraditing him to the US for automatic guilt by accusation prosecution.

Targeting him and Chelsea Manning is all about waging war on speech, media, and academic freedoms in the US, UK, and other Western states, wanting them eliminated. Without them, all other fundamental rights are at risk of being lost.

That's what tyrannical police state rule is all about, the US, UK, and other Western regimes increasingly operating like well-known despotic ones, eroding and denying freedoms for unchallenged control, targeting nonbelievers for elimination behind bars or assassination.

On December 21, 2017, FBI special agent for the imperial state Megan Brown filed an affidavit in the US District Court for the Eastern District of Virginia, detailing fabricated charges against Assange - a phony criminal complaint against him, falsely accusing him of conspiring (with Chelsea Manning) to do the following:

— "access a computer (sic), without authorization and exceeding authorized access (sic), to obtain information from a department or agency of the United States in furtherance of a criminal act (sic)."

Both charges turn truth on its head, not a shred of evidence supporting them, just baseless accusations.

While on active duty as a US army intelligence analyst, then-Bradley Manning had legal access to the equivalent of Vietnam War era Pentagon Papers.

WikiLeaks published material Manning supplied, what journalism the way it's supposed to be is all about, a legal act.

What's known as the Afghan War Diaries, Iraq War Logs, the Collateral Murder video, along with countless other diplomatic documents and cables, detailed extensive US high crimes of war and against humanity in both countries - what everyone everywhere has a right to know.

Manning and Assange are courageous internationally acclaimed figures - punished for doing the right thing, for truth-telling about vital issues.

They deserve high praise, not unjust prosecution and imprisonment for revealing US high crimes. Their perpetrators and successors operate with impunity - free to mass slaughter and destroy again and again and again endlessly.

In her unsealed affidavit against Assange, special agent Brown said he and Manning "took elaborate measures to conceal their communications (sic), mask their identities (sic), and destroy any trace of their conduct (sic), using, for example, encryption and anonymization techniques, and erasing and wiping data (sic)," adding:

"For this reason, the facts are derived in large part from forensic analysis of available computer data, remnants, or unalterable systems (sic)."

"The charges in this criminal complaint focus on a specific illegal agreement that Assange and Manning reached in furtherance of Manning's illegal disclosure of classified information (sic)."

"(I)nvestigators have recovered Internet 'chats' between Assange and Manning from March 2010 (sic)."

"Manning, who had access to the computers in connection with her duties as an intelligence analyst, was using the computers to download classified records to transmit to WikiLeaks (sic)."

In her affidavit, Brown admitted that the above charges are largely "circumstantial," - meaning legitimate tribunals would reject them as impermissible evidence of wrongdoing, dismissing the case against falsely charged defendants, Brown adding:

"Cracking the password would have allowed Manning to log onto the computers under a username that did not belong to her."

"Such a deceptive measure would have made it more difficult for investigators to determine the source of the illegal disclosures."

"While it remains unknown whether Manning and Assange were successful in cracking the password, a follow-up message from Assange to Manning on March 10, 2010 reflects that Assange was actively trying to crack the password pursuant to their agreement (sic)."

As a US army intelligence analyst, Manning had legal access to material sent to WikiLeaks because she wanted the world to know about US war crimes in Afghanistan and Iraq - a noble act.

The same goes for Assange and WikiLeaks for publishing them.

Baseless accusations in Brown's affidavit without supportive proof are similar to numerous phony charges against Russia - including nonexistent US election meddling, nonexistent involvement in harming the Skripals, no involvement in downing MH17, no aggression in Ukraine or anywhere else, no attempted coups, and other fabrications.

All of the above are US/NATO/Israeli specialities, including guilt by accusation prosecutions of targeted individuals for political reasons, denying them due process, equal protection under law, and justice.

Just because you're paranoid…THEY ARE OUT TO GET YOU!!