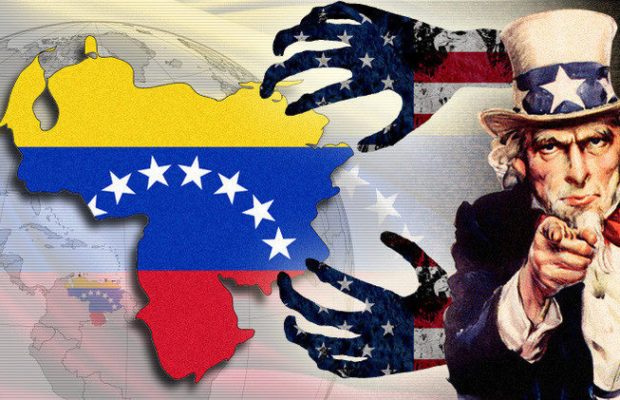 Last August during an Oval Office meeting, Trump pressed aides, asking why can't the US invade Venezuela to topple Maduro.

According to AP News, then-Secretary of State Tillerson and national security advisor McMaster rejected the idea, according to an unnamed regime official "familiar with what was said," AP reported.

McMaster reportedly explained that US military action against Venezuela is opposed by Latin and Central American countries. Employing this option would risk losing their support.

Reportedly, Trump pushed back, citing earlier "gunboat diplomacy" in Central America, AP saying "(t)he idea, despite his aides' best attempts to shoot it down, would nonetheless persist in the president's head."

He raised the issue several more times, including with then-Colombian narco-terrorist president/Nobel Peace Prize recipient Juan Manuel Santos. Separately, he said "(w)e have many options for Venezuela, including a possible military option, if necessary."

Last September, he discussed it on the sidelines of the UN General Assembly with four Latin American leaders, including Santos, according to Politico.

AP said his talk of military action against Venezuela "unnerve(d)" Latin American leaders. In early February on CBS News' Face the Nation, he said military intervention against the Bolivarian Republic is an "option." It's "something" he's considering.

In his Presidents' Day address in Miami, he indirectly raised the issue as an option, saying "(w)e  seek a peaceful transition of power (sic), but all options are open."

In response, Maduro blasted what he called his "Nazi style" address, adding: "Who is the commander of the armed forces, Donald Trump from Miami? They think they are the owners of the country."

A US army EO-5C reconnaissance plane was spotted flying in Colombian airspace near the Venezuelan border, spying on the Maduro government.

Weeks earlier, Bolton's notebook had a notation about 5,000 US troops to Colombia. Acting war secretary Patrick Shanahan said the Pentagon is closely monitoring events in Venezuela. When asked about possible US military intervention, he declined to rule it out.

"The agencies of the United Nations and the International Committee of the Red Cross are not taking part in the US-Colombian show on the (Venezuelan) border due to a certain reason: it is absolutely clear that this operation has political goals and could not be described as humanitarian."

"…Pompeo, a CIA specialist on false flag operations, thinks that he will fool the world with the truck that was set on fire in Colombia by his own agents," adding:

"Pompeo and his hit men are desperately looking for a cause for war. Today, the operation failed. If you want to find those who burnt the truck with fake humanitarian aid, look for them among your own staff."

Addressing thousands of supporters on Saturday, Maduro said "I am steady as never before, firm like this tree, governing this country now and" for the remainder of his term of office.

On Saturday, a Pompeo press statement recited a litany of bald-faced Big Lies. He lied calling usurper in waiting Guaido "an inspiration to the world."

He lied blaming Maduro for US-orchestrated violence along Venezuela's borders with neighboring states. He falsely blamed Maduro for US high crimes against the sovereign state.

"Tomorrow is a new day," he roared, falsely calling illegal US intervention its "support for democracy" Republicans and undemocratic Dems abhor at home and abroad.

He threatened Maduro saying "(t)he United States will take action against and hold accountable those who oppose the peaceful restoration of democracy (sic) in Venezuela."

On Saturday, the Trump regime's malign intent was foiled. Along with tougher illegal sanctions, is military intervention its next option - either by invasion or by use of armed proxies.

The latter option is most likely, more US-orchestrated violence and bloodshed likely coming - Maduro to be falsely blamed for Trump regime high crimes against sovereign Venezuela.