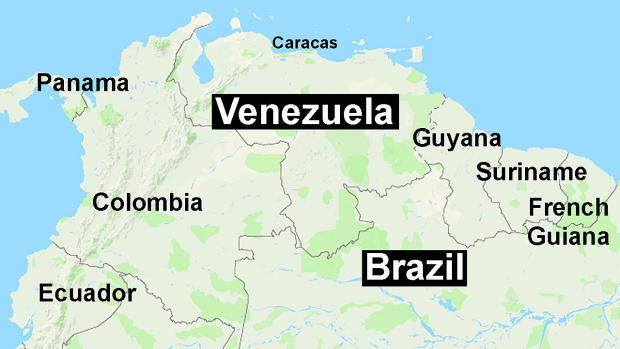 US Troops and Weapons to Venezuela's Borders

Is the Trump regime planning military intervention in the country. Russian Foreign Ministry spokeswoman Maria Zakhavova explained that "(t)he development of events in Venezuela has come to a critical point. Everyone understands this," adding:

"On 23 February, a dangerous large-scale provocation is set to take place, instigated by the Washington-led crossing of the Venezuelan border with a so-called humanitarian convoy, which may lead to clashes between supporters and opponents, forming a convenient pretext for military action to remove the current legitimate president from government."

"We have evidence that US companies and their NATO allies are working on the issue of acquiring a large batch of weapons and ammunition in an Eastern European country for their subsequent transfer to Venezuelan opposition forces."

"The cargo is set to arrive in Venezuela in early March through a neighboring country on aircraft flown by an international shipping company" - connected to the CIA.

A separate article suggested that a US staged false flag may be planned, perhaps coincidentally with or shortly after the February 23 attempt to  provocatively force entry of poisoned chalice humanitarian aid cross-border from Colombia and Brazil into Venezuela, perhaps as well by sea.

Venezuela's "Latin American brothers can not be complicit in a military intervention. Defending Venezuela is defending the sovereignty of Latin America."

"After attacking Venezuela economically, Donald Trump is preparing a military intervention against that country. We vow to stop the violence. Otherwise, Trump will be responsible for the return of the death and destruction that always accompany war."

Justifiably blocking it by Venezuela's military could be used as a pretext for US intervention in whatever form may be planned. I suggested it could either be by US armed anti-government proxies, directly by US military intervention, or both ways.

Pentagon forces and weapons deployed to Venezuela's borders could provoke a confrontation with the country's military. Trump regime hardliners clearly intend clashes of some kind. What's planned remains to unfold.

Clearly something big is afoot for the weekend and its aftermath, the Trump regime pushing things to come to a head. Its coup plot was foiled so far, more provocative tactics apparently chosen to up the stakes.

"Venezuelan soldiers opened fire on a group of civilians attempting to keep open a segment of the southern border with Brazil for deliveries of (Trojan horse) humanitarian aid, leading to multiple injuries and the first fatality," adding:

"When (US recruited provocateurs masquerading as so-called) volunteers sought to block the military vehicles by standing in front of them, soldiers began firing assault rifles, wounding at least 12 people, four of them seriously."

Venezuela's military returns fire when fired on. If the incident happened as reported, it was instigated from the Brazilian side of the border, not the other way around.

AP News, the Miami Herald and other establishment media reported on the same alleged incident. What's most important to know about whatever happened, if anything, was suppressed.

AP said soldiers fired rubber bullets and tear gas in response to whatever may have occurred. Venezuelan Deputy Foreign Minister Ivan Gil said Maduro and Putin are "constantly in touch" about developments in the country.

On Friday, a State Department spokesman issued the following statement - likely prepared in advance of whatever happened during the day, saying:

The United States condemns the killings, attacks, and the hundreds of arbitrary detentions that have taken place in Venezuela. We stand with the victims' families in demanding justice and accountability."

Arbitrary killings and detentions are US specialties, not how the Bolivarian Republic operates. Countless millions worldwide, living and dead, are victims of US barbarity.

The Trump regime seeks a Venezuelan imperial trophy by whatever dirty tactics it intends using. President Maduro categorically denied WaPo's report picked up by other Western media, saying no military confrontation occurred Friday on the Venezuelan border with Brazil.

On the same day, Russia's envoy to Venezuela Vladimir Zaemsky's remarks were just as ineffective, saying nations concerned about conditions in Venezuela should not politicize humanitarian aid or "flex military muscles."

If the Trump regime intends using military force to topple Maduro and Russia and/or China don't intervene to prevent it, all may be lost in Venezuela.

Its military, no matter how dedicated to the republic, is no match against US might. What happens this weekend and its aftermath will be crucial to determining the fate of Bolivarian social democracy.