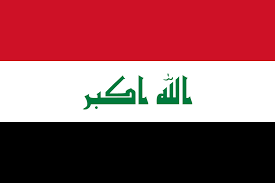 Iraq: A US Platform for Regional Aggression

Pentagon forces came to Iraq in 2003 to stay. According to the country's Kata'ib Hezbollah (Hezbollah Battalions) popular forces spokesman Jafar al-Hosseini on Arabic-language al-Mayadeen TV, the US has 34,000 troops in the country, operating from 31 bases, adding:

They include "seven special bases for fighter jets and six bases for intelligence tasks." Kata'ib Hezbollah monitors US military activity in the country, Hosseini saying Pentagon forces conducting military operations along the Iraq/Syria border - Russia well aware of what's going on, including US support for ISIS and other terrorist groups.

Iraqi filmmaker Kazzem al-Sayyadi said over 1,000 ISIS terrorists operate from US bases in the country, adding "US forces entered Iraq's territories on a decision of their own, and their number now amounts to 30,000."

According to Iraqi security expert  Kazim al-Haaj, "US Army troops are preparing and training the ISIL militants in al-Qadaf and Wadi al-Houran regions of Al-Anbar province with the aim of carrying out terrorist attacks and restarting insecurity in Iraq," adding:

Pentagon forces are training ISIS jihadists in al-Anbar province after relocating them from Syria to Iraq where they can easily move back and forth cross-border between the two countries - depending on where and for what purpose the US intends to use them.

The scheme involves perpetuating conflict and chaos in both countries, a pretext for Pentagon forces to remain where they can be used for regional missions.

Al-Haaj believes the Trump regime's Syria pullout is deceitful, saying it's readying ISIS and likeminded terrorists for hostile actions in both countries.

According to Iraqi General Mohammad Abbas, the Trump regime's alleged troop withdrawal from Syria is part of its plot for regional conquest and control.

Over the past few years, Iraqi troops found large caches of US missiles and other heavy weapons in captured ISIS territory.

Dozens of Pentagon trucks carrying hundreds of ISIS jihadists were transferred from the Eastern Euphrates to other locations while US-supported anti-government Syrian (Un)demoratic forces, along with US, UK and French special forces pretend to be combatting ISIS fighters in Syria they support.

Separately, US forces and ISIS jihadists they support in and around the Pentagon's al-Tanf, Syria base are preventing Syrian refugees from leaving the al-Rakban camp through Russian-established humanitarian corridors established for this purpose.

According to Russia's Defense Ministry, exits from the camp are blocked. (US-supported) terrorists infesting it threatened refugees wanting to leave with "jail or death" if they try, adding:

"At the same time, the possibility of exit of foreign fighters from the 55-kilometer zone to Jordan and Iraq is not limited, while…Islamic State terrorist(s) and their families have been moved to the Rukban camp from the eastern shore of the Euphrates river, where the pro-American Syrian (Un)emocratic Forces are leading the so-called 'victorious war against the last remnants of the IS' in Syria" they pretend to oppose.

Around 40,000 Rukban camp refugees are forcefully held by US-supported ISIS terrorists as human shields, preventing them from leaving.

Asked about a possible Israeli conflict with Iran, he said "we cannot exclude the possibility." Iranian military advisors are in Syria by invitation from Damascus, aiding Assad combat US-supported ISIS and other terrorists.

Separately, Zarif accused Israel of provoking possible war between both countries, warning the Netanyahu regime that it would be "suicidal," stressing the "same gang" involved in aggression on Iraq and Syria are "at it again," adding:

Trump regime extremists "are trying to create the same eventually, and I believe they will fail. But I think at the end of the day, some sense will prevail and people will find out that it's suicidal to engage in a war with Iran."

Iranian Foreign Ministry spokesman Bahram Qassemi believes "China, Russia," and other countries are "standing up to the US…political(l)y…a change in global conditions compared to the past," adding:

The Islamic Republic "bases its decisions on the principles of independence and national interests. Tehran's policies do not rely on the viewpoints of world powers."

Iran, Russia, China, Venezuela, and other nations are targeted by Washington for regime change. The risk of greater wars in new theaters remains a major threat to world peace.