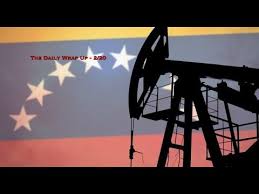 False flags are a US tradition, dating from the mid-19th century against Mexico, a pretext to steal half its territory.

False flags are pretexts for militarism, naked aggression, colonizing nations, looting their resources, and exploiting their people, along with domestic repression against nonbelievers - 9/11 the mother of them all.

The Pentagon is heavily involved, spending hundreds of millions of dollars selling wars and other regime change tactics.

In their book, "Weapons of Mass Deception: The Uses of Propaganda in Bush's War on Iraq," Sheldon Rampton and John Stauber showed how manipulative propaganda sold the public on war.

Combining PR and media deception, Operation: Iraqi Freedom was created. Deconstructing the process, they showed how top Bush officials planned war prior to the 2000 election, waiting until September 2002 for the "product launch," beginning month's long intense propaganda in the run-up to war.

Big Lies connected Saddam to 9/11, a CIA plot he had nothing to do with. Forged documents alleged he was developing WMDs. Nothing of the kind was going on.

The opposition Iraqi National Congress (INC) was created. The PR Rendon Group coined the term, funded by the CIA to sell war, intense major media propaganda part of the scheme.

"Weapons of Mass Deception" exposed how aggressive PR and manipulative media convince people to go along with policies harming their rights and well-being.

Polls are part of the regime change campaign, Gallup deceptively saying "Juan Guaido was sworn in as interim president of Venezuela on Jan. 23" - failing to stress his illegitimacy, adding:

He's "challeng(ing) Nicolas Maduro who has presided over the country since former Venezuelan President Hugo Chavez died in 2013."

Gallup failed to say he was marked for death by the US, a threat he understood and explained publicly. Nor did Gallup or other US pollsters explain that he and Maduro were democratically elected and reelected by a process Jimmy Carter called "the best in the world."

The power of propaganda works as intended. No matter how often the public is fooled, they're easy marks to be duped time and again - the Trump regime's coup attempt in Venezuela the latest example.

A potential showdown looms on February 23. The Trump regime intends trying to provocatively force entry of poisoned chalice humanitarian aid cross-border from Colombia and Brazil into Venezuela, perhaps as well by sea - an interventionist political stunt Maduro intends to block.

What's likely to happen remains to be seen. If past is prologue, a violent false flag may be planned, provoking a Venezuelan military response to contain it - perhaps a pretext for one or two options:

— Either the US use of proxy Venezuelan dissidents, armed with assault weapons by the Trump regime, staging violence along the Colombian and/or Brazilian borders, perhaps combined with similar violence in Caracas and elsewhere in the country, or

— direct US military invention by invasion and/or targeted aerial attacks on strategic targets.

The scene is set this weekend for the Trump regime to intensify its scheme to try replacing Bolivarian social democracy with US-controlled fascist tyranny, wanting Venezuela smashed to own it.

Billionaire Richard Branson plans a so-called Live Aid concert in Cucuta on Friday, a political stunt in cahoots with the Trump regime's coup attempt. Maduro intends a similar event to show widespread opposition to US interventionism.

He closed the Venezuelan border the Dutch Caribbean islands, including Aruba, Curacao, and others to prevent entry of Trojan horse US "aid" by sea.

Via Twitter, John Bolton threatened Maduro saying "(a)ny  actions by the Venezuelan military to condone or instigate violence against peaceful civilians at the Colombian and Brazilian borders will not be forgotten."

Russia, China, Cuba, and other countries are providing legitimate aid to Venezuela, welcomed by Maduro. The UN and ICRC refused to support Trump regime fake aid.

He'll be involved in what's planned at the Venezuelan/Colombian border on Saturday. Reportedly, so will convicted felon Elliott Abrams, the Trump regime's point man for regime change in the country - the State Department saying the following:

"…Abrams will travel to Homestead Air Reserve Base, Florida and Cucuta, Colombia February 21-22 to support the delivery of humanitarian aid (sic) to…Venezuela in response to (illegitimate) interim president Guaido's request."

"…Abrams will lead a US government delegation to accompany humanitarian supplies (sic) to be transported from Florida to Colombia by military aircraft. While in Colombia (he'll) meet Colombian President Duque and visiting delegations from Central and South America."

Humanitarian intervention is a pretext for how Trump hardliners are pursuing regime change in Venezuela.

Whatever plays out ahead, crisis in the country will continue, things worst of all for its people if US-installed fascist tyranny replaces Bolivarian social democracy.