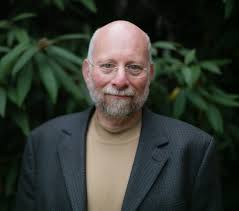 Speaking last week at a National Opioid Summit in Washington, DC, Attorney General Jeff Sessions reported opioid prescriptions fell another 12 percent during the first eight months of 2018, saying 'We now have the lowest opioid prescription rates in 18 years." Some of this was no doubt the result of the chilling effect that prescription surveillance boards have had on the prescribing patterns of physicians. For example, Sessions announced the Trump administration has charged 226 doctors and 221 medical personnel with "opioid-related crimes," and this has not gone unnoticed by health care practitioners.

Meanwhile, the DEA reported in a Joint Intelligence Report that overdoses in Pennsylvania continued to rise, with 5,456 fatal overdoses in 2017, a 65 percent increase over 2015. Only 20 percent of those overdoses involved prescription opioids, with most deaths involving multiple drugs in combination—usually fentanyl, heroin and cocaine, as well as counterfeit prescription opioids (usually made of illicit fentanyl and heroin pressed into pills). The report stated heroin and fentanyl were found in 97 percent of Pennsylvania's counties.

Prescription opioids were also responsible for just 20 percent of the fatal overdoses in Massachusetts in 2015, where researchers at Boston University reported last week in the American Journal of Public Health that Opioid Use Disorder among people over age 11 grew to 4.6 percent of the population that year.

The Massachusetts Department of Public Health reports a modest tapering in the fatal overdose rate, from 2,154 in 2016 to 2,069 in 2017, and estimates up to 1,053 have occurred in the first 6 months of 2018. During the first quarter of 2018, 90 percent of those deaths involved fentanyl, 43 percent involved cocaine, 34 percent involved heroin, and 20 percent involved prescription opioids. Fentanyl is responsible for sustaining the death rate in Massachusetts at near-record levels.

What jumps out of these numbers is the fact that efforts to get doctors to curtail their treatment of pain have not meaningfully reduced the overdose rate. They have just caused non-medical users of opioids to migrate over to more dangerous heroin and fentanyl. Fentanyl and heroin—not prescription opioids—are now the principal drugs behind the gruesome mortality statistics.

Addressing the overdose crisis by focusing on doctors treating patients aims at the wrong target. And patients are suffering—often desperately— in the process. The cause has been drug prohibition from the get-go. If policymakers can't muster the courage to admit and address that fact, then they should at least put the lion's share of reform efforts into mitigating the harmful unintended consequences of prohibition. I wrote about this here.

Jeffrey A. Singer, MD, practices general surgery in Phoenix and is a senior fellow at the Cato Institute. Founder of Valley Surgical Clinics. Dr. Singer received his M.D. from New York Medial College in New York City, where he was elected into Alpha Omega Alpha (Iona Chapter), the Honor Medical Society. He completed his Surgical Residency at Maricopa County General Hospital, Phoenix, Arizona. He is Board Certified in the specialty of General Surgery. He has over 20 years of experience in his field of general and laparoscopic surgery. Dr. Singer is a Fellow of the American College of Surgeons, the International College of Surgeons, the Southwestern Surgical Congress, & the American Society of Abdominal Surgeons.