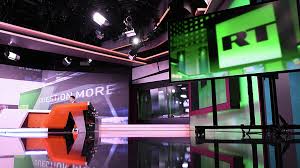 Russia Responds to US Anti-Media Freedom Action Against RT

Forcing RT America to register as a foreign agent aimed to undermine its viability, a possible first step toward shutting it down altogether - part of longstanding US Russia bashing, perhaps heading for something much more serious.

On Wednesday, Russia's lower house State Duma unanimously passed legislation, defining affected media operations as legal entities "registered in a foreign nation, or a foreign structure that operates without registering as a company, engaged in spreading printed, audio, audio-visual or any other content prepared for an unlimited group of people."

They may be designated as foreign agents if funded from abroad by governments, international organizations, foreign citizens, or anyone else acting on their behalf.

State Duma legislation will become law after passage by the upper house Federal Council, expected in days, then signed by Vladimir Putin.

Russia's Justice Ministry is authorized to decide which media warrant designation as foreign agents. They'll be subject to the same restrictions imposed on RT.

They include regularly declaring full details on their funding, finances and personnel. Earlier this year, the State Duma launched an investigation into whether CNN International, Voice of America, Radio Free Europe/Radio Liberty and other US media complied with Russian law.

Putin spokesman Dmitry Peskov said "(a)ny encroachment on the freedom of Russian media abroad is not and won't be left without a strong condemnation and a tit-for-tat response from Moscow."

Media operations failing to register as foreign agents, if ordered, will be treated like NGO lawbreakers, facing fines and possibly shutting them down.

In 2014, the law was expanded, making it illegal for Russian political parties to have dealings with NGOs designated as foreign agents.

Deputy Duma Speaker Pyotr Tolstoy called the new measure "a forced decision that would not affect the freedom of speech in any way," adding:

"We are talking about an opportunity for the executive-power bodies to take mirror measures against countries that are infringing upon Russian journalists' freedom of action and expression."

State Duma information committee head Leonid Levin expects the new law, when enacted, to be used swiftly against US media organizations - ones in other countries if they pursue "unfriendly actions."

Amnesty International blasted Russian legislation in a one-sided statement, saying nothing about Washington forcing RT America to register as a foreign agent - a major body blow to its credibility, along with numerous other disturbing actions.