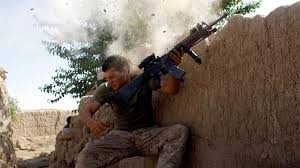 US Casualties in Afghanistan

US forces came to stay. Occupation is permanent -planned long before 9/11, the pretext used to launch it, despite bin Laden and the Taliban having nothing to do with what happened.

Instead of ending it and other US imperial wars, Trump is hellbent on escalating them, hawkish generals running his geopolitical agenda.

They want thousands more US forces deployed to Afghanistan, Trump pursuing a lost cause instead of closing one of the most disturbing chapters in US history.

In May, the Pentagon announced the deployment of 1,500 82nd Airborne Division forces to the war-torn country.

The Trump administration may send thousands more - on the pretext of an "advise and assist" mission.

Perhaps it's a sign of mass disarray in their ranks, Afghan forces notoriously undisciplined poor fighters. Who wouldn't be after nearly 17 years of endless war and the horrors associated with it.

On Saturday, the Pentagon announced the deaths of three US soldiers in Afghanistan, at least two others wounded one or more Taliban fighters.

A spokesman for the militants said four Americans were killed, others wounded, the incident occurring in eastern Nangarhar province's Achin district, a reported ISIS stronghold.

He said one of the group's fighters who had joined the Afghan army carried out the attack - killed in return fire.

A Pentagon spokesman declined to provide details of what happened, saying the incident is being investigated.

US soldiers in Afghanistan and other US war theaters are lawless aggressors. Vice President Pence called the ones killed on Saturday "heroes…Americans grieve. And our thoughts and prayers are with (their) families…"

They and other killed US military personnel perished to advance America's imperium, in Afghanistan for a lost cause, many others disabled for life from serious wounds.

Endless war continues in the country, no prospect for a US pullout in sight, no relief for its long-suffering people - no respect for fundamental international law.