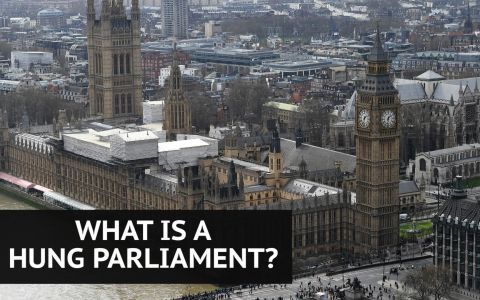 Prime Minister Theresa May laid an egg. Calling for a snap election proved a huge mistake, perhaps her political undoing.

She believed Tories could gain additional majority control of parliament, making it easier to pursue her agenda.

Commenting on the outcome, Labour leader Jeremy Corbyn said "(p)olitics has changed. (It's not) going back into the box where it was before. What's happened is people have said they've had quite enough of austerity politics."

May "wanted a mandate. Well, the mandate she's got is lost Conservative seats, lost votes, lost support and lost confidence. I would have thought that is enough for her to go."

"Whatever the final result, we have already changed the face of British politics."

For now, May's given the chance to form a government - either a formal coalition with one or more partners, or an informal "confidence and supply" arrangement - under which smaller parties agree to support her main agenda.

Clearly her future is uncertain. Tories may ask her to resign. One already did, MP Anna Soubry said she should "consider her position."

"It is bad. She is in a very difficult place…It was a dreadful night…a very bad moment for the Conservative party and we need to take stock and our leader needs to take stock."

Senior Tories are angry and uneasy, an unnamed one saying "(t)here are a lot of very very pissed off people in the cabinet…"

It's up to Tories to decide if May stays or goes. Clearly she's damaged goods - weakened, not strengthened as she hoped.

An unnamed DUP source said "(w)e want there to be a government. We have worked well with May. The alternative is intolerable. For as long as Corbyn leads Labour, we will ensure there's a Tory PM."

It's unclear if what was agreed on is coalition governance or a "confidence and supply" arrangement explained above.