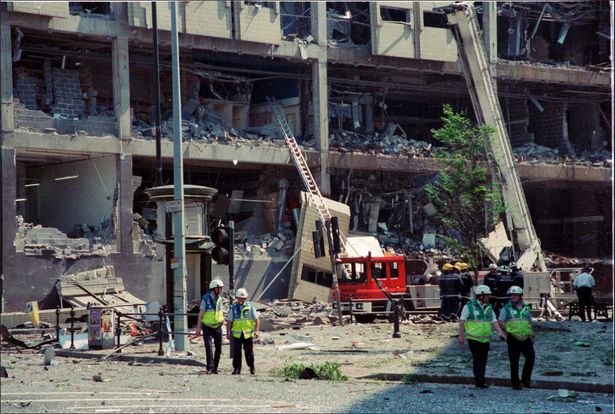 What Next After Manchester?

Incidents like Manchester create opportunities for nations and allies to pursue disturbing policies not easily possible during stable times.

Post-9/11, US-led NATO launched imperial wars on humanity, raping and destroying one country after another.

Is more of the same ahead now? UK Prime Minister Theresa May reportedly intends urging NATO to escalate war on ISIS.

It'll be discussed on Thursday in Brussels during Trump's meeting with other NATO leaders, continued with G7 ones in Sicily on May 26 and 27.

It remains to be seen what's coming. For sure, it won't be unanimity for world peace and stability.

Trump and May urging escalated war on ISIS is pure subterfuge, ignoring their support for the scourge they claim to oppose.

What's ahead likely includes greater NATO involvement in warmaking, perhaps stepped up terror-bombing and increased numbers of special forces on the ground.

Syria is in the eye of the storm. Iran may be next. Washington, other NATO nations and Israel want their governments toppled, pro-Western puppet regimes replacing them.

Will Manchester trigger escalated US-led regional aggression toward these ends? May expressed gratitude for "support and solidarity shown by all our NATO allies."

"A strong and united NATO is at the heart of the security of each and every one of our nations" is her message.

"Unity in responding to common threats is our most potent weapon…We must redouble our resolve to meet threats to our shared society whether from terrorism or Russia."

Post-9/11, Dick Cheney said "the gloves are off. (It's) vital for us to use any means at our disposal…to achieve our objective(s)."

War on humanity followed at home and abroad, escalated under Obama, revved up further under Trump.

Is greater war than already planned? Will Manchester be used as justification, perhaps along with another major false flag in America, enlisting public support for what demands opposition?

America is addicted to war, waging endless ones in the name of peace. Neocons infesting Washington believe they can win a nuclear war.

A doomsday scenario could follow launching one. US presidents are warriors, not peacemakers, Trump obsessed with making the world's mightiest nation mightier than ever.