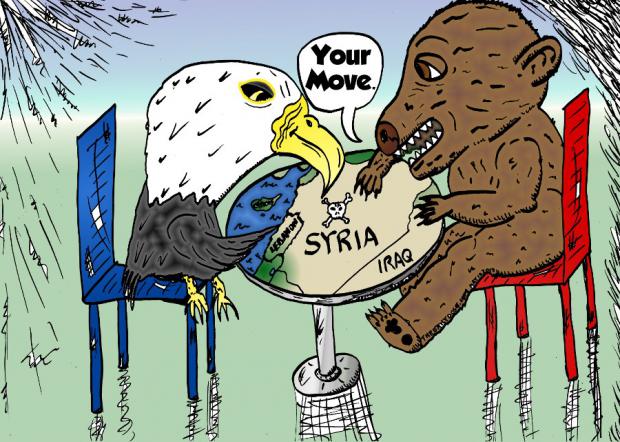 Russia's agenda is polar opposite America's. It's effectively combating terrorists in Syria.

The dynamic on the ground dramatically changed after it intervened in September 2015 at Assad's request.

America created and supports ISIS, al-Nusra and other terrorist groups - why they exist. Washington feeds the monster it claims to oppose.

"Yes, the US supports" anti-government fighters in Syria. Washington "support(s) the countries that support us."

Earlier, Sergey Lavrov said he had no doubt that weapons America sends anti-government forces end up in "terrorists' hands."

So-called moderate rebels don't exist - one of many scoundrel media proliferated Big Lies throughout over six years of US aggression, using terrorist fighters as proxy foot soldiers - supplemented by US terror-bombing and Pentagon forces, lawlessly operating in northern Syria, aiding terrorists, not combating them.

All fighters opposing Assad are terrorists, largely imported from scores of countries, actively recruited by the CIA and rogue US allies.

US cargo planes airdrop weapons and munitions to anti-government terrorists. Pentagon contractors train ISIS and other terrorists in chemical weapons use. Russia wants this scourge eliminated. America actively supports it.

Where will it all end? In his 1990 address to a joint congressional session, GHW Bush coined the phrase "New World Order," preparing the public for Operation Desert Storm in January 1991 and endless wars to follow - today raging in multiple theaters, additional ones likely coming.

Former CIA director James Woolsey said Washington "is engaged in WW IV, and it could last for years."

It'll "last considerably longer than either WW I or II" - forever wars the way bipartisan administration and congressional neocons, along with Pentagon commanders planned them.

Russia and China represent the final frontier. Eliminating their sovereign independence would give Washington unchallenged global dominance it seeks.

Perhaps US plans call for nuclear madness to achieve it, risking mass annihilation, everyone affected, the ultimate insanity if launched.

They'll perish along with everyone else if these weapons are unleashed like king-sized hand grenades - humanity's greatest threat.