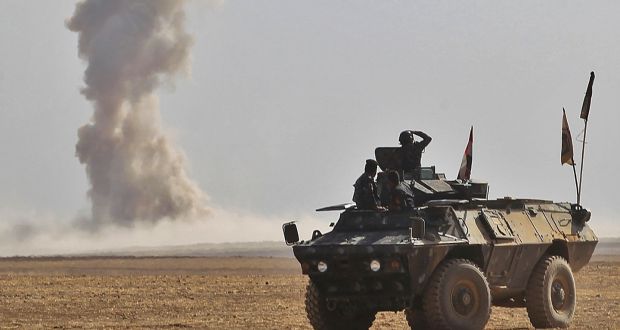 ISIS and other US-supported terrorist groups used chemical weapons on numerous occasions in Iraq and Syria.

It's silent about clear evidence of ISIS use in Mosul, destroying its credibility as an independent organization.

"A series of instances of chemical weapon use against the civilian population by ISIS militants registered last week in the city of Mosul was left unnoticed by the Western public. But what's even more surprising is the 'lukewarm' attitude towards these facts on the part of the OPCW."

It failed to act responsibly, sending no experts to investigate, nor did it issue a statement condemning what happened.

Long after US-supported terrorists used chemical weapons in the battle for Aleppo, the OPCW has yet to issue a report on its findings.

In cases where Syria is wrongfully accused, it relies on claims by anti-government sources as evidence.

Experts explained "after Mosul's seizure by ISIS, (it) considerably expanded its capabilities to make poisonous substances."

Chemical weapons US-supported terrorists used in Syria came from foreign sources. In some cases, these elements produced their own, using toxic substances.

Russia's military found munitions with chemical agents, traces of white phosphorous and chlorine in East Aleppo, controlled by al-Nusra before its liberation.

The latter substance is simple to make. Attacks using it are a "trademark" of terrorist groups. Konashenkov earlier said "analysis of soil samples and fragments of artillery and ammunition confirm that terrorists used chemical weapons in Aleppo."

They used them elsewhere in Syria and Iraq, little or nothing reported in the West about their culpability.