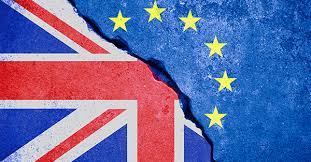 Last June, most Brits voted by non-binding referendum for Brexit. Parliament alone gets to decide if Britain remains in or leaves the EU, not British voters.

Things dragged on for months without resolution. A previous article explained UK Prime Minister Theresa May may be opposed, not supportive as she publicly stated.

Beginning a two-year exit process requires invoking Article 50 of the Lisbon Treaty. It hasn't yet been done, not by former Prime Minister David Cameron or current incumbent Theresa May, in office since July 13 last year.

She's been foot-dragging to delay things - Brexit perhaps on a slow track to oblivion as I suggested in a previous article.

Parliamentarians may or may not be supportive when all is said and done at a much later date, voting on Wednesday to trigger Article 50 by a 498 - 114 majority. It's for Theresa May to initiate the two-year process, which may or may not conclude with Britain leaving the EU.

It can go either way depending on what she and other dominant figures in Britain want and how negotiations with the EU go. During prime minister's questions, she said she'll publish a white paper on February 2, indicating the government's plans going forward.

Tough negotiations remain on trade, immigration, agricultural protectionism and other contentious issues - with no certainty on how things will end, whether Brexit will happen or unravel along the way.

UK inaction over seven months since last June's referendum at the least shows no rush to separate from Europe. Obama strongly opposed it. Trump approves, calling it "a good thing," letting Brits take "back their country."