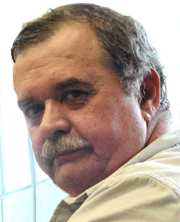 Last Monday, a lawsuit was filed by Attorney Bill Risner on the behalf of Cecilia Cruz seeking the removal of Tucson Mayor Jonathon Rothschild and four city council members.

Cecilia Cruz is the chair of a citizens group named "El Rio Coalition II", which consists of 12 neighborhood groups concerned about the predicament of the El Rio Golf Course.

Cruz informed the court that Mayor Rothschild along with city council members Regina Romero, Paul Cunningham, Karin Uhlich and Shirley Scott have intentionally violated open meeting laws for the intended purpose of depriving Cruz and the public of information they had a legal right to obtain.

Cruz's complaint further explains that "this activity violated the city's administrative directives, Arizona's public record laws and regulations and Arizona's Open Meetings and proceeding laws" and was an unlawful legal action according to state laws.

Various actions of the defendants are described as part of a "joint scheme to circumvent the purposes of the Open Meeting Law".

Almost three years ago, Tucson was required to respond to Cecilia Cruz's lawsuit requesting public records related to the city's plan to sell El Rio Park to a private company for development.

The City Attorney staff subsequently destroyed key documents and lied to Judge Christopher Staring and Ms. Cruz about the existence of records.

Judge Staring later made specific factual findings of the City's intentional and wrongful conduct.  This recent lawsuit deals with the consequences of those intentional lies.

We at AUDIT AZ had the privilege to witness the beginning of this court case and work with the Cruz and the concerned citizens of El Rio Coalition II.

Up to 47 videos of this case can be found by typing Pima County Superior Court Case No. "C20132985" in a YouTube browser.

There you will find a compelling factual story that helps shed some light on the special interests that run Tucson and are the beneficiaries of Arizona election fraud.

To narrow it down, I've provided a few short clips of my favorite videos that provide a look into a how a deeply corrupt system develops into a hidden pay to play scenario.

Judge Staring Sanctions City of Tucson for Withholding El Rio Records and Lying About It 5.18.14: https://youtu.be/eKtD026nN2s