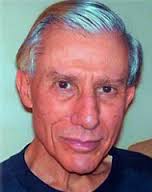 After a Thursday National Security Council meeting at the Pentagon, Obama lied, claiming success against the terrorist scourge he supports.

With US aggression raging in multiple theaters, Libya for the second time, he turned truth on its head, saying things "cannot be solved by military force alone," - ignoring America's rape and destruction of one country after another, responsible for millions of deaths post-9/11 alone.

Claiming "we are constrained here in the United States to (wage) war in a way that's consistent with our laws" is polar opposite hard truth.

"Unfortunately, it's not the only tragedy which (so-called) 'moderates' backed by Washington stand for."

Zakharova also blasted indiscriminate US terror-bombing, massacring Syrian civilians, adding "(i)f…Western (countries), above all Washington do everything…not to notice these facts, then any of their talk about wanting an end to the bloodshed in Syria (is) simply preposterous."

On August 5, Putin warned against using terrorists and radical extremist groups for geopolitical gain, calling it "unacceptable and extremely dangerous…"

"(T)here can be no double standards," he stressed. "Terrorists cannot be divided into 'good' or 'bad' ones."

"These are the very principles that our countries actively promote within the international community in an effort to broaden and strengthen as much as possible international cooperation at the political level as well as at the level of law enforcement bodies and special service."