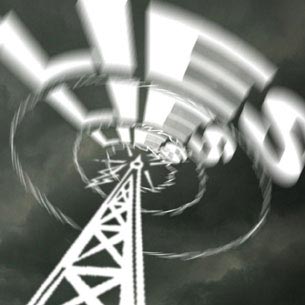 Instead of explaining ISIS is a US creation, its fighters used as imperial foot soldiers doing America's killing and dying for it, media scoundrels maintain the myth of Washington combating a scourge it supports.

Terrorist attacks in US and European cities attributed to ISIS are state-sponsored false flags. Major media reports about ISIS are propaganda, not truth and full disclosure.

The New York Times is Washington's lead instrument for proliferating misinformation and Big Lies. On July 27, it turned truth on its head, headlining "Defeat of ISIS Could Send 'Terrorist Diaspora' to West" - citing FBI director James Comey as its source, the same official absolving Hillary Clinton of high crimes for sure sending any reader of this article to prison if he or she committed her offenses.

The Times quoted irresponsible Comey fear-mongering, claiming "(a)t some point, there is going to be a terrorist diaspora out of Syria like we've never seen before," - only if it's state-sponsored, not on its own, he and The Times failed to explain.

They're prepping the public for likely planned false flags targeting US cities ahead, blaming ISIS for state terror - like numerous previous examples, 9/11 the mother of them all.

Writers like myself would never accept statements from US officials at face value. The Times and likeminded media scoundrels feature them as fact - virtually always misinformation intended to deceive, serving Washington's imperial agenda and monied interests, not the greater good.

A same day Times article claimed America "secure(d) (a) vast new trove of intelligence on ISIS." Since the CIA and perhaps the Pentagon along with Mossad created, supports and controls the group and others like it, what possibly could they have learned not already known.

The Times saying so-called new information obtained "could help fight militants on the battlefield and prevent potential plotters from slipping into Europe" is pure rubbish.

Militants entering Europe or America are either war-weary ones eager to return home and live normally - or CIA/EU/Mossad intelligence recruited operatives for false flag terrorist attacks falsely blamed on ISIS.

Most Americans and Europeans are too ill-informed and dismissive to have any idea about what's going on.

They're being systematically lied to, their governments using scare tactics to convince them to accept harsh policies they'd otherwise oppose - including endless wars of aggression and loss of fundamental freedoms on the phony pretext of making us safer.

Media are supposed to inform, not deceive, not act as agents of state power and monied interests - reporting factually without bias, especially on major issues mattering most.