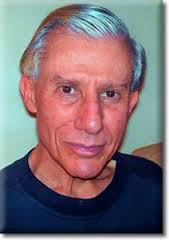 The separation of church and state in America is fundamental. Thomas Jefferson and others stressed its inviolability. More on this below.

The First Amendment's Establishment Clause and Free Exercise Clause state "Congress shall make no law respecting an establishment of religion, or prohibiting the free exercise thereof…"

In Reynolds v. United States (1878), the Supreme Court ruled: "Congress cannot pass a law for the government of the Territory which shall prohibit the free exercise of religion."

The First Amendment prohibits enacting such laws. Religion is separate from politics in America. It should stay this way.

Religious figures, especially notable ones like pontiffs, should stick to their knitting, stay clear of politics, keep their personal political views to themselves, not express them publicly.

Here's the background. If elected president, Donald Trump vowed to "build the best wall, the biggest, the strongest, not penetrable" along America's southern border, and "I'll have Mexico pay" for it.

Trump's view is outrageous, way over-the-top, warranting harsh criticism - by secular figures only, not religious ones.

Speaking to reporters following his visit to Mexico this week, Pope Francis said "(a) person who thinks only about building walls, wherever they may be, and not building bridges, is not a Christian."

"This is not the gospel. As far as what you said about whether I would advise to vote or not to vote (for a candidate), I am not going to get involved in that."

"I say only that this man (meaning Trump) is not Christian if he has said things like that. We must see if he said things in that way, and I will give him the benefit of the doubt."

Trump responded sharply, calling the questioning of his Christian faith "disgraceful." His full statement was as follows:

"If and when the Vatican is attacked by ISIS, which as everyone knows is ISIS's ultimate trophy, I can promise you that the Pope would have only wished and prayed that Donald Trump would have been President because this would not have happened. ISIS would have been eradicated unlike what is happening now with our all talk, no action politicians."

"The Mexican government and its leadership has made many disparaging remarks about me to the Pope, because they want to continue to rip off the United States, both on trade and at the border, and they understand I am totally wise to them."

"The Pope only heard one side of the story - he didn't see the crime, the drug trafficking and the negative economic impact the current policies have on the United States."

"He doesn't see how Mexican leadership is outsmarting President Obama and our leadership in every aspect of negotiation."

"For a religious leader to question a person's faith is disgraceful. I am proud to be a Christian and as President I will not allow Christianity to be consistently attacked and weakened, unlike what is happening now, with our current President."

"No leader, especially a religious leader, should have the right to question another man's religion or faith."

"They are using the Pope as a pawn and they should be ashamed of themselves for doing so, especially when so many lives are involved and when illegal immigration is so rampant."

Throughout his papacy, he ignored Israel's wall construction along its borders with neighboring countries and Gaza, along with its disgraceful Apartheid Wall, turning Occupied Palestine into isolated bantustans.

He failed to condemn nearly a decade of suffocating Gaza  siege. During Israel's summer 2014 naked aggression against the Strip, he disgracefully called on both sides to show restraint and work for peace.

The papacy is notoriously ultraconservative. In his book titled "God and His Demons," Michael Parenti exposed the myth of considering organized religions above reproach, directing his criticism to the Old and New Testaments, saying:

"The god of the Holy Bible - so much adored in the United States and elsewhere - is ferociously vindictive, neurotically jealous, intolerant, vainglorious, punitive, wrathful, sexist, racist, xenophobic, homophobic, sadistic and homicidal."

"As they say, it's all in the Bible. Beware of those who act in the name of such a god."

"Were we to encounter these vicious traits in an ordinary man, we would judge him to be in need of lifelong incarceration at a maximum-security facility."

"At the very least, we would not prattle on about how he works his wonders in mysterious ways. In fact, 'biblical Jesus qualifies quite well as founder and forerunner of an intolerant Christianity."

"That 'old-time religion' is still very much with us and having a considerable impact on U.S. political life."

He "remained up to his ears in counter-revolutionary politics in Latin America and elsewhere," said Parenti.

"(He) directed no critical attacks against right-wing dictatorships. He called them "bulwarks against communist revolution."

Thousands were disappeared, held in detention centers, tortured and killed. Anyone expressing dissent or considered an ideological or political threat was vulnerable.

Junta power ended months after Britain defeated Argentina in the 1982 Falklands War. Pope Francis in his earlier capacity was complicit in Argentina's dirty war - waged to benefit wealth and power interests at the expense of social and political justice.

Duopoly power aspirants vying to succeed Obama are a deplorable bunch, not a people's candidate among them, including billionaire Donald Trump.

Let them and secular society weigh in on their candidacies. Popes and other religious figures should stick to teaching their dogma alone.

A firewall should separate politics from religion, never to be crossed. Offenders should be appropriately criticized.