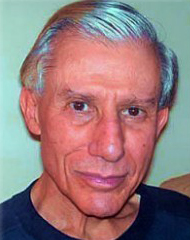 US policy remains unchanged, despite Obama's false claims otherwise. Guantanamo is the tip of the iceberg.

Three US Navy Seals are accused of "stomp(ing) on…bound Afghan detainees and dropp(ing) heavy stones on their chests," according to eyewitnesses, said The Times.

"They stood on the prisoners' heads and poured bottles of water on some of their faces in what, to a pair of Army soldiers, appeared to be an improvised form of waterboarding."

Perhaps angered by the death of one of their comrades from a bomb explosion, they rounded up alleged suspects, beat and detained them.

Four US soldiers working with Seals reported what happened, foiling a Navy Department attempt at coverup. A criminal investigation followed.

Detailed evidence of mistreatment was revealed. The Times obtained firsthand accounts from witnesses it interviewed.

"The SEAL command, though, cleared the Team 2 members of wrongdoing in a closed disciplinary process that is typically used only for minor infractions, disregarding a Navy lawyer's recommendation that the troops face assault charges and choosing not to seek a court-martial," said The Times.

"Two of the SEALs and their lieutenant have since been promoted, even though their commander in Afghanistan recommended that they be forced out of the elite SEAL teams."

Torture and cold-blooded murder were absolved. Military justice experts The Times interviewed said case should have been referred for an Article 32 review, the equivalent of a grand jury, with authority to order court-martial proceedings - instead of simply treating it as an internal disciplinary matter.

Retired Rear Admiral/former Navy judge advocate general Donald Guter called how things were handled "unfathomable. It really does look like this was intended just to bury this," he said.

Torture was and remains commonplace in US black sites - in Afghanistan and elsewhere, at times resulting in detainee deaths, guilty parties absolved of wrongdoing or in a few cases, low-level servicemen taking the fall unjustly for superiors.

The Times said evidence of the above incident was obtained "based on interviews with dozens of current and former military personnel."

"Reporters located victims and other villagers in Afghanistan and tracked down the four American soldiers who made the abuse allegations, who are now scattered across the United States. Most were initially reluctant to speak."

The Times obtained a US Naval Criminal Investigative Service report through a heavily redacted FOIA lawsuit. It confirmed evidence revealed with "four former military lawyers and a civilian military law expert," it said.

For every incident like the one above, how many numerous others go unrevealed - US military and CIA personnel having a free hand to torture, otherwise mistreat and murder with impunity?