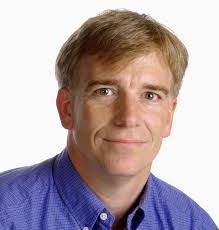 As prisoners are exchanged and the combat portion of the long and exhausting U.S. involvement in the war in Afghanistan winds down, the brazen lethal attack on the Karachi International airport by the Pakistani Taliban graphically highlights the principal unfortunate legacy of the needless nation-building Afghan conflict: the destabilization of neighboring Pakistan.

Although few in the United States dare say it, the U.S. military lost the war in Afghanistan a long time ago. As in Vietnam, if the weaker insurgents don't lose, they win by just keeping an army in the field and hoping the stronger foreign occupier will tire of the conflict and go home. The American colonists used the same strategy to win their independence from Britain. After the U.S. forces leave Afghanistan at the end of 2016, the Taliban will likely be resurgent, and eventually most U.S. political and economic development efforts in Afghanistan likely will be reversed. Thus, unfortunately, much of what U.S. service personnel died or were wounded for will have been lost.

Although extremely tragic, however, this bad outcome may not be the worst effect of the war. That would be the destabilization of nearby Pakistan, which has 100-200 nuclear weapons and an insurgency trying to overthrow the Pakistani government. The Pakistani insurgency originated from the United States turning the justified attempt to smash the main al Qaeda group into a ground quagmire in Afghanistan disguised as an attempt to remodel Afghan society.

And after Barack Obama took office, the U.S. war against the Pakistani Taliban escalated. In U.S. August 2009, a missile from a U.S. drone killed Baitullah Mehsud. In retaliation for U.S. attacks on Pakistani Taliban leaders, the group declared in April 2010 that it would make U.S. cities a "main target." On May 1, 2010, the Pakistani Taliban unsuccessfully attempted to detonate a vehicle bomb in New York's Times Square.

Thus, instead of taking out al Qaeda stealthily using a small U.S. armed footprint -- that is, the CIA, Special Operations forces, and very selective air strikes -- the United States decided to invade Afghanistan, stay around to nation-build, and then escalate than nation-building. This foreign occupation and ensuing guerrilla war then necessitated pressuring the Pakistani government to send troops to northwest Pakistan to round up Islamists using it as a sanctuary to attack American forces in Afghanistan. This Pakistani government action triggered a dangerous civil war in Pakistan. The Pakistani government demanded that the U.S. strike the Pakistani militants with drones, which triggered a rise in Islamist militancy and the formal creation of the Pakistani Taliban. When the United States attacked the group's leadership they then started attacking U.S. targets, including the Times Square bombing attempt. So U.S. government actions helped create the group and turn it into a threat to the continental United States.

As Lt. Gen. William Odom, former NSA director under Ronald Reagan, argued, U.S. involvement in Vietnam was counterproductive by advantaging U.S. communist rivals China and the Soviet Union and the U.S. invasion of Iraq had the same effect by helping the principal U.S. rival in the Middle East--Iran. Similarly, the U.S. nation-building tar pit in Afghanistan has led to the dangerous destabilization of the much more important nuclear-armed Pakistan. Instead of racing to conduct macho high profile military invasions and occupations of foreign countries -- even after national tragedies such as 9/11 -- the U.S. government needs to soberly weigh the costs and benefits of doing so. The long-term costs are usually steep and the benefits meager.