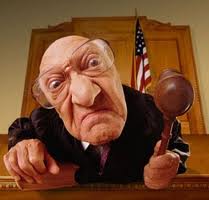 This article was forwarded to me to post. I am not familiar with this case, but for those of you who are and are interested in this case, here you go:

Our message today contains an announcment and two documents.

ANNOUNCEMENT:  North Idaho TV station KXLY will air an interview with Mr. Steele, in prison on Thursday, Nov. 3rd at 6:00 pm. It is likely that the interview will be accessible via their web site http://www.kxly.com, if you wish to watch.

The first document is a Press Release which highlights the submission by Mr. Steele of his petitions to the US Supreme Court.  Said petition is available to view on the Free Edgar Steele web site.  The second document is Mr. Steele's latest installment for chapter 7 of his planned book, "Evil Edgar".

A heart-felt thanks goes out to all of Mr. Steele's supporters who helped so eagerly with the letter-sending campaign in recent weeks.  The campaign has not ended;  if you'd like to send letters to the USSC, check out our web site!   Thank you.

Moscow, Idaho, October 31, 2011 - Convicted in another U.S. government show trial this year, author and attorney Edgar Steele will ask the highest court in the land to address non-written rules that allow unlawful and unconstitutional intrusions into what should be completely private attorney-client communications. In the Petition, U.S. Supreme Court Case Number 11-7108, filed today, Mr. Steele champions the rights of all federal detainees whose confidential letters and discussions are regularly recorded, intercepted and passed on to prosecutors and judges in spite of well-established court regulations to the contrary.

Mr. Steele was arrested June 11, 2010 based on an FBI-manufactured informant's report that Steele wanted his wife of 25 years – as well as his wife's mother – killed. Steele's long-time handyman Larry Fairfax was enlisted by the FBI to entrap him, through the use of hidden microphone recordings which supposedly the two men had just prior to his arrest. Many who watched the trial, which ended May 5, 2011, observed that it was a ‘kangaroo court' proceeding with the judge excluding all evidence favorable to Mr. Steele.

In an Affidavit filed with the trial court in August, former attorney, Mr. Robert McAllister, once a U.S. prosecutor, admitted that he was wholly ineffective as Mr. Steele’s counsel and failed to offer even a fraction of the available proof of innocence. Mr. McAllister, who declared bankruptcy in March, was disbarred in Colorado shortly after the Steele trial because of embezzlement of client funds. His Affidavit cited his anxiety over the pending disbarment as the reason for non-performance at the Steele trial.

The U.S. Supreme Court Petition filed today by Mr. Steele does not address ineffectiveness of counsel, rather it seeks dismissal because the judge, the US Marshals Service and the prosecutor colluded to enforce new “rules” of procedure that were not pre-approved by the high court. These new rules allowed recording of Mr. Steele’s conversations with his attorneys, so that the prosecution team could anticipate and counter his every move.

Supposed murder-for-hire target, Cyndi Steele (Edgar's wife), has asserted unwavering confidence in her husband's complete innocence. She has publicly denounced as fabricated the recording “evidence” of her husband supposedly directing handyman Fairfax to arrange her demise. This case gained national notoriety when a pipe bomb planted by the government informant was found attached to Mrs. Steele’s car during an oil change the day of her husband’s first hearing, June 15, 2010, in Coeur d’Alene, Idaho.

A 40-page combined Petition for Writs of Mandamus and Prohibition, plus 194 pages of supporting documents in an Appendix were submitted to the U.S. Supreme Court. This could be a landmark case. But, if the USSC refuses to hear the Petition, it sends a message to lower courts and prosecutors that they can, without restriction, make up their own rules and function outside the Constitution; especially when they seek conviction of the innocent who have proven to be politically incorrect. Steele says that prosecuting him was “pay-back” for his years of defending those who had been attacked by an oppressive government.

Mr. Steele's sentencing hearing on mandatory prison terms totaling sixty or more years, is set for November 9th. In approaching the Supreme Court, he requests dismissal of the 4-count conviction, or a new trial where the old “tainted” files are sealed and a new prosecutor and judge are restricted from gaining defense strategy through eavesdropping. A new trial would also allow
introduction of audio forensic analysis by experts, showing the Fairfax hidden microphone recordings are unreliable and have been manipulated (or even manufactured) by the FBI.

For more information, visit the FES web site or contact Robert Magnuson, Vice-President of the Edgar Steele Defense Fund, at: 208-304-6608

You Only Think You’ve Got Rights
No Attorney-Client Privilege (Part VIII)
by Edgar J. Steele

I like to say that, while we never want to repeat boot camp, always we are glad to have had the experience. Jail is (way) different. Never will I say that I am glad I spent this time in jail. Perhaps a week or two in jail, at most, would be instructive for many of us, but extended imprisonment simply exacts too great a personal toll to justify the lessons it teaches.

The Real Cost of Imprisonment
Don’t Do the Crime if you Can’t Do the Time?

No. Don’t do the crime, to be sure, but “serving” time simply makes no sense for, perhaps, 95% of all current prisoners in America. Serving time creates massive unemployment (ex-convicts are unemployable), turns ordinary people into “nothing to lose” criminals, hardens petty truants and mischief-makers into genuinely dangerous criminals, fuels the exploding use of drugs throughout America and costs an ever-exploding share of federal, state and local budgets (America’s prison population has tripled during the last two decades).

Nor is the cost restricted to government. The War on Drugs inexorably becomes a war on Americans, with drug users criminally seeking money for their habits and law enforcement officers desperately trying to advance themselves and their departmental funding. America’s prison industry (yes, that is exactly what American jails and prisons have become) now is a huge slavering, self-sustaining beast, out of control and growing ever-faster as its product (discontent, resentment, rebellion and hopelessness) increasingly provide its own raw material (ordinary people-cum-criminals).

The Criminalization of Innocence

Worse, even ignoring those jailed for victimless “crimes” (drug users, tax avoiders/evaders, etc.), a huge and growing segment of America’s prison population consists of people who are innocent! How could it be otherwise, after all, with the Feds’ 97% conviction rate and a tripling of American prisoners in just 20 years?

I have been telling you how they’re doing it to me. I face 60 years, minimum, for a crime I did not commit; a crime with no victim, no damage and the self-confessed perp already serving his 2-year sentence (a slap on the wrist in exchange for his false testimony against me). No – actually, there was some damage: $45,000 in silver bullion stolen by the perp from my wife (the victim) and myself.

From the beginning, my wife (the “victim,” don’t forget) resolutely has stood by my side, proclaiming my innocence to the world, despite the massive federal effort to put me away for the rest of my life.

Murderers routinely are released from prison after serving 6-8 years, but no less than 60 years is what our government says I deserve for the (non) “crime” I committed against nobody, least of all my biggest supporter: my wife. 60 years! Think about it for a moment.

What’s more, the government repeatedly has lied, cheated and stolen during its scorched-earth campaign against me, a genuine American political dissident. There are so many stories of government treachery in my case that I could tell you (not to mention many other cases I have handled, mostly pro bono, during my 30-year career as a trial lawyer).

How They Do It

In the last 7 weekly installments, I have been serializing part of a chapter from my upcoming book, Evil Edgar. I have told you precisely how the feds and the judge illegally, unethically and unconstitutionally have denied me the right to confidential communications with my attorneys, while using the information they illegally obtained by eavesdropping against me – before, during and after my trial.

Of All Things, a Writ Petition

With the deck totally stacked against me, I feel like a drowning man, going down for the third time. Desperate times call for desperate measures, so I have just unleashed the “Hail Mary” of all legal maneuvers. This past week, I filed a Petition for Writ with the U.S. Supreme Court, highest court in America.

U.S. Supreme Court Writ petitions almost never are granted, I was taught over 30 years ago in law school. I recall the image conjured by my law professor then, of a mail-room clerk stamping “Rejected” on all the just-opened envelopes holding Writ petitions.

What else can I do? The very same Federal District Court judge who refused to allow me to put on any sort of defense at trial now is bent upon denying me confidential access to any appellate attorneys to help me with my appeal, due out in 3 weeks.

My combined Petition for Writs of Mandamus (tell ‘em to do something, Supremes) and Prohibition (tell ‘em to stop doing something else) concerns only the topic of the last seven installments: the illegal invasion and denial of my 5th and 6th Amendment right to confidential “assistance of counsel.”

Predictably, my petition for writ is a substantial legal filing. Go here for a copy of the Writ petition. Go here for a 23-page, plain language, synopsis of the governmental wrongdoing that led me to file this petition.

Here, in brief, are what I ask from the U.S. Supreme Court via my just-filed petition:

1.      Writ of Prohibition – Order this trial court (others, too) to stop enforcing the unwritten U.S. Marshals Service policy that allows the Feds to eavesdrop, record and copy all communications (written, telephonic and in-person) between federal detainees and their private (as well as “of record”) lawyers.

2.      Writ of Mandamus – Order the outright dismissal of my case or, in the alternative, a new (and, hopefully this time a fair) trial, because of the extensive governmental and judicial misconduct that has taken place.

Please help in drawing attention to my Petition for Writs, thereby enhancing the chance that the Supremes will agree to schedule it for hearing. Go here for a letter to supporters describing how to join our letter-writing campaign to the Supreme Court justices, Presidential candidates, congressional leaders and mass media outlets.

Let’s face it – since they have eliminated virtually all of the “Movement” leaders and now are imprisoning Movement lawyers, too, just who do you suppose will be there to help when the Feds come for you?

If we can just get the U.S. Supreme Court to hear my Petition, then it certainly will grant it. That would make a huge difference to thousands of federal detainees, both now and going forward. We would strike a genuinely history-making blow for liberty in our time.

I still wouldn’t be able to say I am glad to have spent all this time in jail, but I would be proud of the outcome. Very proud.

Together, we can do this.

Together, we can make a difference.

Together, we can strike a blow that, just maybe, will begin America’s march back from the very precipice of outright, full-blown tyranny.