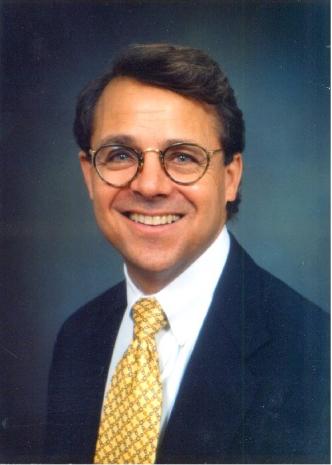 James Madison, the father of the Constitution, had a deep insight into the nature of government and public officials. Here is what he said:

A standing military force, with an overgrown Executive will not long be safe companions to liberty. The means of defense against foreign danger have been always the instruments of tyranny at home. Among the Romans it was a standing maxim to excite a war, whenever a revolt was apprehended. Throughout all Europe, the armies kept up under the pretext of defending have enslaved the people.

Here at home, people are revolting. They’re revolting against out-of-control federal spending and debt, Federal Reserve-induced inflation and debasement of the dollar, and TSA body-groping and porn-scanning. Some people are even starting to join libertarian opposition to the forever occupations of Iraq and Afghanistan.

So what better thing to do than excite a war, like in Korea? As Madison pointed out, that’s what the Roman Empire did when Roman citizens began revolting against the Empire’s ever-soaring taxes and regulations.

Just think, the new battle cry among the statists can be, “The Muslims and the terrorists are coming to get us! The communists too! ”

What better way to get the color code up to red than to bring the reds into the fear equation? Hey, don’t forget that that’s how Hitler did it. He blamed the Reichstag fire on both the terrorists and the communists, and it worked. That’s how he got the Reichstag to enact the Enabling Act, which suspended civil liberties, temporarily of course.

Did this act of aggression appear out of nowhere?

According to the New York Times, “The attack on Yeonpyeong Island occurred after South Korean forces on exercises fired test shots into waters near the North Korean coast. ”

According to this news report posted on Brahmand.com Defence and Aerospace News, the South Korean test shots into waters near the North Korean coast were part of a military exercise involving 70,000 South Korean troops designed to “enhance combat capabilities against North Korea.”

Question: If the Venezuelan armed forces fired test shots near the U.S. coast in the Gulf of Mexico, what would be the response of U.S. officials?

Answer: There would be U.S. bombs falling on Caracas tomorrow, if not sooner. U.S. officials would never permit such a provocation from the Hugo Chavez regime to go unanswered. In fact, such test shots would undoubtedly be a dream-come-true for U.S. officials who have longed for regime change in Venezuela.

Did the U.S. government play a role in those South Korean military exercises? According to that same news report, “While it was earlier being planned that the Korean Marine Corps would stage a joint landing maneouver on the western shores of the Korean Peninsula with their US counterparts, the JSC official later said that the US Marines would not be a part of the exercise.”

Why shouldn’t the U.S. government play a role in the South Korean military exercises? After all, U.S. soldiers in Korea are the sacrificial trip-wire that guarantees U.S. entry into another land war in Asia without the bother of congressional debates and the constitutionally required congressional declaration of war.

I once read a lesson about scuba diving that applies in foreign policy. In the ocean, there are lots of dangerous creatures, such as sharks and moray eels. But by and large, if you leave them alone, they will leave you alone.

Everyone knows that North Korea is headed by an irrational, weird, dangerous, unpredictable group of people. So why provoke them? Why not just leave them alone?

Well, I’ll tell you why. It’s the same reason that North Korea loves these types of crises. The North Korean regime uses the perpetual threat of a U.S. and South Korean invasion to keep its citizens distracted away from the nation’s economic problems and keep them rallying to the government in time of crisis.

The U.S. government is no different. It uses the threat of terrorism — a threat that its own foreign policy engenders — to do the same thing to the American people — quell discontent over economic matters and cause people to rally to the government in time of crisis.

That’s what the war on terrorism is all about. It’s what U.S. foreign policy is all about — produce the crises, produce the threat of retaliation, and keep everyone stirred up and fearful, ready to rally to their government in time of crisis.

One thing’s for sure: If the Korean peninsula erupts in real war, Americans will soon realize why libertarians, like Madison, Washington, and the other Founding Fathers opposed entangling alliances and empire. As body bags with American soldiers begin returning to the United States in droves and people’s children are drafted into military service for war in Korea and occupations in Afghanistan and Iraq, you can already hear the statists justifying it all with, “Our Empire is innocent. We’ve been attacked because of our freedom and values. Madison didn’t know what he was talking about. The dominoes are falling. The Muslims, terrorists, and communists are coming to get us. Our loved ones are dying. Rally to our government. Support whatever it is doing. Woe is us. ”

Jacob Hornberger is founder and president of The Future of Freedom Foundation.
source