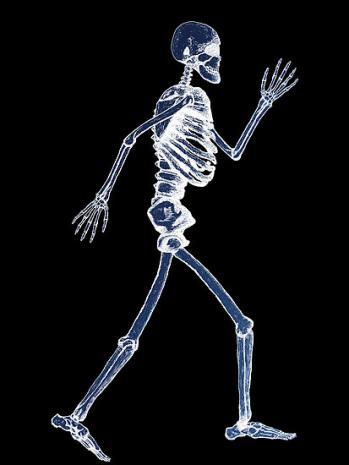 The growing outrage over the Transportation Security Administration’s new policy of backscatter scanning of airline passengers and “enhanced pat-downs” brings to mind these wise words from President Ronald Reagan: “The nine most terrifying words in the English language are: ‘I’m from the government and I’m here to help you.’”

So, what is all the concern really about — will these radiation scanners increase your risk of cancer or other diseases? A group of scientists and professors from the University of California at San Francisco voiced their concern to Obama’s science and technology adviser John Holdren in a well-stated letter back in April.

The group included experts in radiation biology, biophysics, and imaging, who expressed “serious concerns” about the “dangerously high” dose of radiation to the skin.

One of the main concerns is that most of the energy from the airport scanners is concentrated on the surface of the skin and a few millimeters into the skin. Some very radiation-sensitive tissues are close to the skin — such as the testes, eyes, and circulating blood cells in the skin.

This is why defenders using such analogies as the dose being “1,000-times less than a chest X-ray” and “far less than what passengers are exposed to in-flight” are deceptive. Radiation damage depends on the volume of tissue exposed. Chest X-rays and gamma-radiation from outer space is diffused over the entire body so that the dose to the skin is extremely small. Of note, outer space radiation does increase cancer rates in passengers, pilots, and flight attendants.

We also know that certain groups of people are at a much higher risk than others. These include babies, small children, pregnant women, the elderly, people with impaired immunity (those with HIV infection, cancer patients, people with immune deficiency diseases, and people with abnormal DNA repair mechanism, just to name a few).

As we grow older, our DNA accumulates a considerable amount of unrepaired damage, and under such circumstances even low doses of radiation can trigger the development of skin cancers, including the deadly melanoma. I would also be concerned about exposing the eyes, since this could increase one’s risk of developing cataracts.

About 5 percent of the population have undiagnosed abnormal DNA repair mechanism. When exposed to radiation, this can put them at a cancer risk hundreds of times greater than normal people.

It also has been determined that when skin is next to certain metals, such as gold, the radiation dose is magnified 100-fold higher. What if you have a mole next to your gold jewelry? Will the radiation convert it to a melanoma? Deficiencies in certain vitamins can dramatically increase your sensitivity to radiation carcinogenesis, as can certain prescription medications.

As for the assurances we have been given by such organization as the American College of Radiology, we must keep in mind that they assured us that the CT scans were safe and that the radiation was equal to one chest X-ray. Forty years later we learn that the dose is extremely high, it is thought to have caused cancer in a significant number of people, and the dose is actually equal to 1,000 chest X-rays.

Based on these assurances, tens of thousands of children have been exposed to radiation doses from CT scanners, which will ruin the children's lives. I have two friends who were high-ranking Environmental Protection Agency scientists, and they assure me that in government safety agencies, politics most often override the scientists’ real concerns about such issues.

This government shares House Speaker Nancy Pelosi’s view when she urged passage of the Obamacare bill sight unseen — “Let’s just pass the bill, and we will find out what is in it later.”

When the real effects of these scanners on health become known, Secretary of Homeland Security Janet Napolitano and the rest of the gang who insist the scanners are safe will be long gone.

The nine most terrifying words in the English language are: "I'm from the government and I'm here to help you." Ronald Reagan – quote. And in public conjuring of a haunting nightmare as fact or real, that people must be killed to reduce overpopulatioin and immigration, the most terrifying name at FP.com is Frosty Wooldridge, a.k.a. Frostytute of False Truth, Inc… bakadude quote.