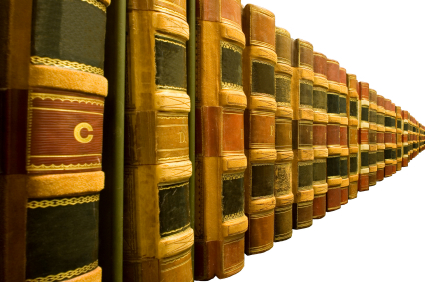 "There's no free collective bargaining for workers," says Ralph Nader. "There's no rule of law (either, just) bribery, (worker exploitation and plunder). These companies (can) pollute at will. There's no judicial independence to make (them) accountable," to stop them from "abus(ing) workers and consumers and communities, as" they all do repeatedly.

In other words, "free trade" is a license to steal, plunder, exploit, pollute, and overall operate unrestrained, the sole consideration being maximum profits, no matter how gotten.

As a result, level playing fields don't exist. Jobs are exported and destroyed. Corporate giants alone win, trade managed solely for their benefit. An Economic Policy Institute (EPI) study showed NAFTA-related imports cost America 879,280 jobs in its first decade, besides downward pressure on wages and benefits. Saying FTAs will create them is deceptive hooey, a big lie based on historical experience, instructive for Korean and American workers as Washington pressures Seoul for a deal, a KORUS-FTA.

If agreed, EPI estimates that imports will displace around 888,000 existing or potential US jobs by 2015, causing a net 322,000 loss, the differential over export produced ones. Obama said he wanted a Bush negotiated KORUS voted on by Congress by early 2011 the latest after unspecified modifications were made. However, the current text replicates NAFTA and DR-CAFTA, contradicting his promise to use trade as a vehicle to create jobs, assure worker rights, protect ecological sustainability, and ensure financial stability.

As in America, worker rights violations, for example, are widespread in Korea. Authorities use their "obstruction of business" law to imprison labor leaders and employers, often using police repressively against union activity. America is more subtle for similar results, organized labor here a shadow of its former self.

The 2007 KORUS text also prohibits restriction sizes of financial institutions or limitations on services they can provide. Moreover, there's no control over risk, speculative derivatives trading, or destabilizing capital flight. Yet both countries have since implemented new stability and regulatory measures, conflicting with the original agreement. Some of Korea's, however, were loosened, not tightened, and America's financial reform is more business as usual than change.

In addition, the KORUS text lets foreign corporations privately enforce investor rights. As a result, they can directly challenge US laws in offshore courts seeking compensation for lost profits. Both countries have established businesses in the other. They'll thus get taxpayer subsidized payments for complying with environmental, public health, labor, financial, and other laws and regulations that violate KORUS provisions in its current form.

The Trans-Pacific Partnership "provides an opportunity to start from scratch in considering how to deliver the new American trade agreement model, as Obama (the candidate) promised."

Now's the time to deliver as promised and set a standard for all agreements to follow. On September 17, Wallach explained that US export growth to non-FTA countries have been more than double our treaty partners.

"That stunning finding should put an end to recent Obama administration talk about reviving three NAFTA-style FTA's leftover from the Bush era. And it should provide impetus to finally implement President Obama's campaign commitments to renogtiate aspects of the past FTAs, and create a new" US model going forward.

Besides increasing exports, job creation is the core justification for all trade deals. Yet Public Citizen's study "Lies, Damn Lies and Export Statistics" analyzes actual trade data. "It showed that, if exports to the 17 US FTA partners had only grown as much as exports to the rest of the world, (we'd) have had an extra $72 billion in exports over the past decade."

Point of fact: Contrary to NAFTA proponents, America's trade deficit with FTA partners increased, US producers losing out. Moreover, America's manufacturing base eroded, and its trade deficit ballooned. Yet, "corporate lobbyists unveiled a series of misleading and erroneous studies and talking points, alleging all sorts of" NAFTA-style benefits. "It is impossible to know whether these are deliberate attempts to distort the truth, or simply sloppy economics." Smart money says the former.

Disturbingly, current FTAs extract export penalties, harming manufacturing and service exports, besides destroying jobs at a time creating them should be priority one. In his 2010 State of the Union address, Obama called export expansion a national priority, its goal to create two million jobs by doubling exports by 2015. The data, however, belie the bravado, as distorted as bogus lobbyist, US Chamber of Commerce, and National Association of Manufacturers (NAM) claims.

"Economic simulations have found that the US economy could have supported an estimated 5 million more jobs if not for the massive trade deficit that has accrued under current trade policy....Economists of all stripes agree that the status quo trade policy has contributed significantly to rising inequality," costing the average American family a net $2,000 a year from lost wages. The EPI, in fact, projects that if current trade policy continues, all wage gains since 1979 for non-college degreed workers may be erased. Clearly, a new direction is needed, one opposite of KORUS and other FTAs.

KORUS So Far Is Stalled

He hasn't so far delivered for business, "emerg(ing) empty-handed" from the Seoul G-20 conference. If agreed, it would be "one of the biggest such pacts since" NAFTA, "analysts say(ing) it is an important underpinning for other deals the administration is seeking, including a regional agreement with Asia-Pacific nations."

Unsurprisingly, Stolberg's tone supports a deal she should condemn. Instead she touts its export growth and job creation potential, calling it a US Chamber of Commerce priority, and saying America is falling behind China negotiating its own Asian deals, "a source of concern to the Obama administration, which is trying to promote alliances in the region to tamp down China's influence."

Obama must press to get bilateral FTAs passed, calling KORUS "essential to cementing relations with a strategic partner" and a boost to global trade. World economic growth, says the Times, "needs an open trading system," never mind the destructive effects of all deals so far.

Earlier editorials were just as clueless. For example, a February 2, 2007 one headlined, "A Bipartisan Trade Policy" called it "very good to the United States, (an unidentified source saying deals added) an additional $1 trillion in income for Americans annually, and millions of new jobs" since WW II.

The same day Times editorial provides a window into "the thinking of the elites who want to continue the current disastrous system of trade....Trade deals have been structured for the benefit of corporations." The message to workers: "tough luck." (G)lobal growth (is) the surest path to Americans losing jobs - and for that matter, forcing people around the world to work for low wages." Times editorialists know it but don't care.

They're committed solely to wealth and power interests, what's pretty much true throughout the dominant media, where seldom is heard a discouraging word about policies they should denounce, destructive trade deals among them.

DEPOPULATION EVENT! - From Hollywood To The WORLD ORDER with Chuck Huber

Why Did The Media Leak Out "Today's The 1st Day Of the NWO?" & Why Is Biden Monitoring

Do We Live in a Brave New World?