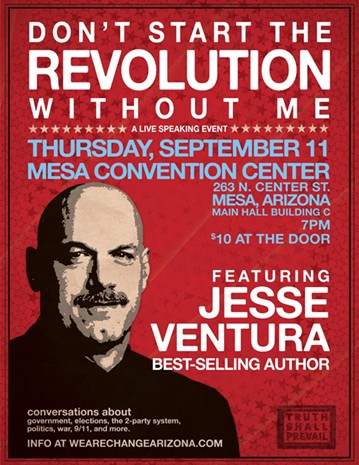 Jesse Ventura 911 conspiracy theory
Jesse Ventura, is the host of a TruTV mystery show about Alternative theories. The new show is CONSPIRACY THEORY WITH JESSE VENTURA
Jesse Ventura and a team of expert investigators are on a mission to examine some of the most frightening and mysterious conspiracy allegations of our time. They examine available evidence as well as talking to experts and eyewitnesses to learn more about such topics as global warming, possible 9/11 cover-ups, secret government weapons and apocalyptic prophecies. "This is my personal journey," Ventura says, "to prove that there is more to these stories than you know about."
Jesse Ventura may or may not have a "judge" show in his future, but one thing's for sure: He's definitely going to be searching for justice. The former governor of Minnesotawill host a new program for TruTV (formerly Court TV) in which he'll travel the country, exploring modern-day conspiracies and getting input from believers and skeptics."I've been a mayor; I've been a governor. Now I get to be a detective and seek the truth," he said in a news release.
TruTV now give the Former Governor of Minnesota, best known as Jesse "The Body" Ventura, is an American politician, retired professional wrestler and color commentator, Navy UDT veteran, actor, and former radio and television talk show host.
TruTV is taking a lead from the multitude of alternative news organizations popping up all over the country, like www.FreedomsPhoenix.com, www.Infowars.com and www.FederalJack.com.
Jesse Ventura is among a growing list of celebrities such as Charlie Sheen, Rosie O’Donnell and Arizona Senator Karen Johnson who are challenging governments official story of 9/11.  The facts behind 9/11 are irrefutable: what caused 2 - 110 story buildings to symmetrically collapse in the path of maximum resistance at the rate of freefall?
ALEX JONES: Governor Ventura, you've got the floor. Give us your take on 9/11.
JESSE VENTURA: Well first of all, Alex, let me state this, you know, being ex-military when the attack initially took place when I was governor. I went on a very focused tunnel vision mode that our country had been attacked and what the hell do we need to do to repel it.
So I today kick myself because at that point in time I had a position of power and if I would have not been the way I was, the way all of us were so shocked when it happened that in that position of power I could have raised a lot of questions at that time about the things that went down that day and where today when I raise those questions naturally it doesn't quite have the impact that it would have had back then. But to me it's questions that are not being answered and haven't been answered about 9/11.
And, you know, first and foremost I think is the fact that, okay, in New York City in Manhattan two planes struck two buildings. We'll all be in agreement on that, I think. But how is it that a third building fell five hours later? You know what they call World Trade Center Building Number 7. And for people that think, well, it was just a smaller building, it was 51 stories high. Which of course in Manhattan probably isn't that big of a building but if you were to move that building to Austin, Texas or Minneapolis, Minnesota it would be a huge building. How could this building just implode into its own footprint five hours later? That's my first question. The 9/11 Commission never even brought it up. They didn't devote even one page to that in their big volume of investigation.
Number two, how could those buildings fall at the speed of gravity? You know,  if you put a stop watch on them, both of those World Trade Center buildings were on the ground in 10 seconds. How can that be? If you took a billiard ball and dropped it from the height of the World Trade Center in a vacuum, it would hit the ground in 9.3 seconds. And if you took that same billiard ball and dropped it 10 stories at a time and merely stopped it and started it, it would take 30 seconds. If you dropped it every floor of the World Trade Center to the ground simply stopping and starting it on gravity, it would take over 100 seconds to reach the ground. And yet they're telling us that...I could go on now after studying it.
The planes hit the building. Okay. Jet fuel is four-fifths kerosene which is not a hot burning fuel and they want us to believe that it melted these steel structured girders and caused these buildings to pancake collapse to the ground? I was on the site within two weeks after it happened and I saw none of these pancakes. Wouldn't they all be piled up in a huge mass on the ground? And yet everything was blown into dust. When you look at it from that aspect none of it makes any sense if you apply common sense again to it. It does not make any sense. Never before in the annals of history has a fire caused a steel structured building to fall to the ground. 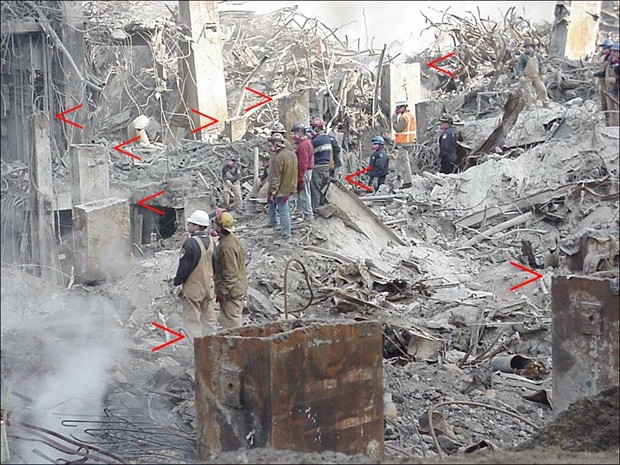