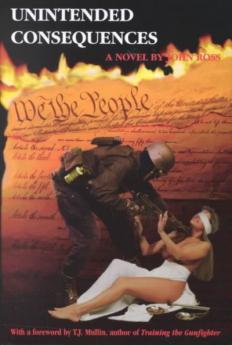 The credibility of this info is elevated due to a friend that has had his company truck tracked and photographed by the FBI because an employee purchased 10,000 rounds of ammo at a Gun Show. They want interview, but not with lawyer.

9 Comments in Response to ATF Knocking at your door?...Yes

Here we have it folks smart , advice never under any circumstances let yourself to allow these thugs to intimidate you.  If they corner you, ask if you are free to leave ,or if you are being Detained At this point under the constitutional rights they have to either detain you or let you leave.
If they show up wanting to see in your gun safe? SAY NO get a warrant, have a nice day.
NEVER allow them to trick you into consenting. Remember folks it is your right to {refuse a search} and their not required to inform you of your right.
They are also allowed to{ LIE} to you,  but do not lie to them.

just remain silent invoke 5th amendment and tell them you want to contact a lawyer invoking your 6th amendment right; this is the best chance you have against this illegal activity. NO WARRANT, NO SEARCH. end of discussion. These people are trained to intimidate you and will make up laws,  tell lies, and act like what do you have to hide? The answer to that is, I respect law enforcement but do not respect them violating my rights. Thanks,have a nice day sir and end the confrontation.  ITS not their business what you own or posses.

I could never use those lables for someone who ignored their oath of office as those tyrants did.

To all republican conservatives reading this. You wanted a war on drugs. You wanted a war on terror: News Flash. One does not make war on things or ideas. Only an idiot would think otherwise One makes war on people, and the winner of those wars ALWAYS AND EVERY TIME, is government, and the losers are people.

So now you are reaping the inevitable results of your false anti-crime, unconstitutional enhancement of government power over peoples private actions.

WOW that Steve dude (the one with the New York accent) with the FBI's Counter Terrorism Unit in Denver sure gets around these days!

He contacted me in March & said he had been ordered to question me - wanting to set up a meeting with me - for his claims that the FBI was concerned about all the AK-47 ammo that I sell & if skin-heads, Neo-Nazi's - or radical islamic characters might be contacting me???

What was really strange about this Denver FBI team member's assertions - was that he said he had a 'surprise' for me - several times & even chuckled about it???

After hearing this & spurning the FBI task force's meeting offer - I contacted the NRA's - ILA lawyer referal for a Denver-based attorney & they gave me the name of an attorney in Denver - who told me UNDER NO CIRCUMSTANCES should I meet with the FBI - unless they had charges for me - because this would not be in my best interests!

Strange how the attorney in Denver telling me this on my cellphone - seemed to end the contact from the FBI ???

Then later in March - an Orlando-based Government contractor kept asking me to help him & another party in the U.K. figure out how to import & cut-up 5,000 Soviet AKM rifles from the Ishvesk Arsenal in Russia made in 1966 - but now housed somewhere in the U.K. - and determine how to market them as 'Parts Kits' in the U.S. - despite a U.S. treaty signed by Bill Clinton with the Russians in 1994 forbidding the import of ANY Russian military items & weapons parts into the U.S.!

This 'Rope-a-Dope' plan by the Feds even had the Defense Contractor offering to fly me to London with ALL EXPENSES PAID - hoping I was dumb enough not to realize that even offering consulting assistance to these clowns is a BIG FAT FELONY with the Feds - like the indicted Ralph Merrill of now Defunct Vector Arms was indicted for - in his deal with that punk-azz Miami Beach kid, Efraim Diveroli & his DIY International & Ammo Works operations!

Now, I suddenly have a Georgia contractor who wants me to supply them with a bunch of AK parts for some unknown Government contract order?

Also last week an FFL that I supply AK ammo to - had BOTH the FBI & the ATF come into his shop TOGETHER - to ask vague questions about someone with a lot of ammo & assault weapons spouting off about the Government - as if they're trying to MAKE-A-CASE when they don't have anything for a criminal indictment???

I think I have a VERY WELL DOCUMENTED PATTERN of HARASSMENT developing here & the intimidation & character asassination by these Federal agents to convince others into giving them reasons to 'Patriot Act' me - or something worse!

And at the least - but extremely detrimental to my standing in the Gun Show & Gun business - is to convince other retailers in the business to be fearful of doing business with me - due to STRANGE VISITS by the FBI & ATF - whom normally NEVER APPEAR TOGETHER asking incriminating questions around items I supply them with???

We have submitted the necessary paperwork to reserve April 19, 2010 as the march
date in Washington, D.C. We will provide updates on that process as they become
available.
More info HERE: http://tinyurl.com/pn45ng

The Revolution 'may' be starting, see this article:

Why hasn't the 2nd American Revolution gone into full swing yet?! I hope it's because people are waiting for July 4th, or maybe too many people are scared, or too full of Apathy. The longer the Patriots wait the more rules/regulations and media they have to use. With the coming ban of the Internet, people better be ready for the blue hats and other foreign military. I'd like to see NORAD and the Cook Island chain not show up on Google Earth anymore, but that's just me. *wink*

You did the right thing to deny them access to your weapons with out a warrant. The forth amendment protect you from unreasonable search and seizure. If enough people stood up for their constitutional rights they would not be going around wasting your time and taxpayers money with this type of intimidation. Get their names and file a complaint, video them if they come back.