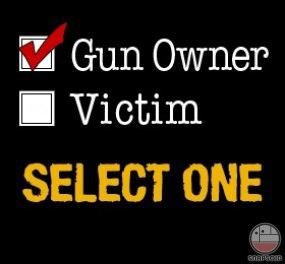 Montana has gone beyond drawing a line in the sand. They have challenged the Federal Government. The fed now either takes them on and risks them saying the federal agents have no right to violate their state gun laws and arrest the federal agents that try to enforce the federal firearms acts. This will be a world-class event to watch. Montana could go to voting for secession from the union, which is really throwing the gauntlet in Obamas face. If the federal government does nothing they lose face. Gotta love it.

Important Points – If guns and ammunition are manufactured inside the State of Montana for sale and use inside that state then the federal firearms laws have no applicability since the federal government only has the power to control commerce across state lines. Montana has the law on their side. Since when did the USA start following their own laws especially the constitution of the USA, the very document that empowers the USA.

Silencers made in Montana and sold in Montana would be fully legal and not registered. As a note silencers were first used before the 007 movies as a device to enable one to hunt without disturbing neighbors and scaring game. They were also useful as devices to control noise when practicing so as to not disturb the neighbors.

Silencers work best with a bolt-action rifle. There is a long barrel and the chamber is closed tight so as to direct all the gases though the silencer at the tip of the barrel. Semi-auto pistols and revolvers do not really muffle the sound very well except on the silver screen. The revolvers bleed gas out with the sound all over the place. The semi-auto pistols bleed the gases out when the slide recoils back.

Silencers are maybe nice for snipers picking off enemy soldiers even though they reduce velocity but not very practical for hit men shooting pistols in crowded places. Silencers were useful tools for gun enthusiasts and hunters.

There would be no firearm registration, serial numbers, criminal records check, waiting periods or paperwork required. So in a short period of time there would be millions and millions of unregistered untraceable guns in Montana. Way to go Montana.

Discussion – Let us see what Obama does. If he hits Montana hard they will probably vote to secede from the USA. The governor of Texas has already been refusing Federal money because he does not want to agree to the conditions that go with it and he has been saying secession is a right they have as sort of a threat. Things are no longer the same with the USA. Do not be deceived by Obama acting as if all is the same, it is not.


Text of the New Law

HOUSE BILL NO. 246
INTRODUCED BY J. BONIEK, BENNETT, BUTCHER, CURTISS, RANDALL, WARBURTON
AN ACT EXEMPTING FROM FEDERAL REGULATION UNDER THE COMMERCE CLAUSE OF THE CONSTITUTION OF THE UNITED STATES A FIREARM, A FIREARM ACCESSORY, OR AMMUNITION MANUFACTURED AND RETAINED IN MONTANA; AND PROVIDING AN APPLICABILITY DATE.
BE IT ENACTED BY THE LEGISLATURE OF THE STATE OF MONTANA:

Section 1. Short title. [Sections 1 through 6] may be cited as the "Montana Firearms Freedom Act".

Section 3. Definitions. As used in [sections 1 through 6], the following definitions apply:
(1) "Borders of Montana" means the boundaries of Montana described in Article I, section 1, of the 1889 Montana constitution.
(2) "Firearms accessories" means items that are used in conjunction with or mounted upon a firearm but are not essential to the basic function of a firearm, including but not limited to telescopic or laser sights, magazines, flash or sound suppressors, folding or aftermarket stocks and grips, speedloaders, ammunition carriers, and lights for target illumination.
(3) "Generic and insignificant parts" includes but is not limited to springs, screws, nuts, and pins.
(4) "Manufactured" means that a firearm, a firearm accessory, or ammunition has been created from basic materials for functional usefulness, including but not limited to forging, casting, machining, or other processes for working materials.

Section 5. Exceptions. [Section 4] does not apply to:
(1) A firearm that cannot be carried and used by one person;
(2) A firearm that has a bore diameter greater than 1 1/2 inches and that uses smokeless powder, not black powder, as a propellant;
(3) ammunition with a projectile that explodes using an explosion of chemical energy after the projectile leaves the firearm; or
(4) a firearm that discharges two or more projectiles with one activation of the trigger or other firing device.

Section 6. Marketing of firearms. A firearm manufactured or sold in Montana under [sections 1 through 6] must have the words "Made in Montana" clearly stamped on a central metallic part, such as the receiver or frame.

Section 8. Applicability. [This act] applies to firearms, firearms accessories, and ammunition that are manufactured, as defined in [section 3], and retained in Montana after October 1, 2009.

are all felons evil? once in my life I would have said yes, until I became a felon at age 56 yesrs.  Fathers be aware of 18 USC 922 G 8  US v Me federal court judge

Think  you have protected rights ,wrong , see Lewis V US 1980

yes, we are back to seeking free states again

The law is good but as they say, even a blind pig finds something or other.  This governor is as liberal as king obama and his evildoers.  He actually did something that protects the working/taxpaying citizens of this state but don't give any more credit that he deserves.

Well I plan on moving from Florida to Montana within athe next 6 months. I like this story and other states should follow suit.

A note: silencers (or suppressors, as they are properly called) were patented in the early 20th century. Suppressors were used in combat in World War 2 by the OSS - well before the James Bond movies. Many were and still are used by hunters, yes, but overall they were added to ensure that a gun isn't heard by humans.

Suggesting that a suppressor is not designed to increase the stealth capability of a firearm is a falsehood.

Way to go Montana! I live in Ohio and our governor is a lib and we will probably go the way of the extreme left which makes me sick. THIS IS STILL AMERICA and we MUST keep it that way! FREE

Bravo for the State of Montana and its Governor for having the balls to stand up against the Obama Regime. At least they have the forethought to see the handwriting on the wall. Great work.

Thank You to my Governor that support our rights to bear arms - I'm proud to live here in Montana! Let's hope this is the beginning of yet another stronger movement for all the other states to follow as I we all want to keep our freedom!!

Montana receives a standing ovation from me.

Way to go Montana, I hope the other surrounding states follow suit since the East and West coasts seem to want to run the country the way they see fit. Looks like Oklahoma isnt far behind and several other states possibly on-board too. I will keep my money and guns and you can keep "The Change"

WOW! I saw this brewing...and I am so glad the Montana legislature mustered the brass to defy the federal tyrany! This new state law was well thought out to foil the disarming of Montana by the traitors in the District of Criminals. I hope many other states will enact similar measures! And I just might want to move to Montana! Don't tread on me! Yeeee-haaaah!!!!