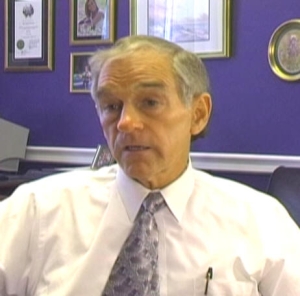 President Bush risked further stoking a testy dispute with Russia over a new U.S. missile defense system on Tuesday, saying Moscow has "derailed" once-promising democratic reforms. But the lecture, however gentle, was not likely to be well-received by Putin, already riled over what he sees as unwelcome meddling by the United States in Russia's sphere of influence.

Most recently, Moscow has become increasingly irritated by U.S. plans to build a missile shield in Eastern Europe, on Russia's doorstep.

U.S. officials have been alarmed by threatening statements from Putin and others over the proposed network. Russia believes the system with a radar base to be sited in the Czech Republic and interceptor missiles in neighboring Poland is meant for it. Putin has said he has no choice but to boost his nation's own military potential in response.

Putin warned over the weekend that Moscow could take "retaliatory steps" including aiming nuclear weapons at U.S. military bases in Europe. China on Tuesday joined Russia in saying the shield could touch off a new arms race.

But Bush claimed the mantle of democratic warrior.

"I pledged America to the ultimate goal of ending tyranny in our world," he said. "Some have said that qualifies me as a dissident president. If standing for liberty in the world makes me a dissident, then I'll wear the title with pride."

He also criticized Venezuela, Uzbekistan and Vietnam as places where progress had been made but now "freedom is under assault."

Earlier, Bush defended the plans for the missile shield here against fierce opposition by the local population as well as Russia. Czech leaders chimed in to back him up, as did Poland's prime minister from afar.

Standing on soil that was in the Soviet orbit less than 20 years ago, Bush made a declaration not thought necessary for decades: "The Cold War is over."

But the system is unpopular in the Czech Republic, too, among its wary citizens if not its leaders. People fear becoming a terrorist target, and they worry about Russia's wrath, as well.

Bush claimed the mantle of democratic warrior. What kind of nonsensical claim is that? On a more serious note, the question once again must be why we are insistent about forcing military expansion/intervention in countries whose citizens do not want it? Would Ron Paul do that? I think not. Does the US need to protect Poland or the Czech Republic or should that be up to the citizens of those countries and the EU? I don't think its our place and neither does Ron Paul.

In another of a long series of accomplishments Bush has successfully revived the Cold War, long thought dead. Would Ron Paul have done that? Nearly every time Bush opens his mouth he gives new reasons to vote for Ron Paul. Today was no different.

If one wants to look where "freedom is under assault" one should look no further than the US with unfounded wire tapping, government intrusion in everyday affairs of US citizens including probing medical histories and legal operations performed by doctors, and the arrest and holding of people without being charged with in crimes, all in clear violation of the constitution. If you want your freedoms back then there is little choice other than Ron Paul.

Hillary Clinton is still refusing to admit she made a mistake in voting for the Iraq war. Ron Paul has no mistake to admit because he was one of very few who was against the war from the beginning. Nearly every other candidate is scrambling to explain their vote.

It is shameful that Congress ceded so much of its proper authority over foreign policy to successive presidents during the 20th Century, especially when it failed to declare war in Korea, Vietnam, Kosovo, and Iraq. It’s puzzling that Congress is so willing to give away one of its most important powers, when most members from both parties work incessantly to expand the role of Congress in domestic matters.

By transferring its role in foreign policy to the President, Congress not only violates the Constitution, but also disenfranchises the American electorate.

Ron Paul is the only candidate in either party that understands the blowback of our misguided foreign policy. Our CIA trained Bin Laden, and we supported Hussein for years on the misguided notion that "the enemy of my enemy is my friend". Look where that got us.

Ron Paul wants "To Mind our own business and stay out of the internal affairs of other nations". That alone is reason enough to vote for the man given the disastrous consequences of our meddling in Iran and Iraq in recent history. He is the only person in either party both smart enough and brave enough to say "If we listened to our enemies it would make us safer". He understand that 911 happened because we were over there not because they hate us for our freedoms.

Ron Paul is undoubtedly the strongest candidate on foreign policy. But he is also the only candidate that understands sound money backed by gold as opposed to exponentially expanding paper promises. For an interesting look at debt and money, please see In Love With Debt.

Ron Paul is not in love with debt. Are you? Ron Paul supports sound money and sound banking practices. As a candidate he alone stands for reason on these issues.

Republicans claim to be for small government yet expansion of government jobs has been nearly unabated under the Bush Administration, even with Republicans in control of both houses up until very recently. Most Republicans have proven they are no better than the Democrats when it comes to managing debt. Ron Paul will practice small government.

Ron Paul is my hero.
It seems he is Bill Maher's new hero as well. Global Debt Hits A Record $300 Trillion, Up $36 Trillion Since COVID