Over the weekend, eight Muslim immigrants to France slaughtered over 127 innocent civilians in Paris.  The Islamic terrorists shot people sitting in restaurants, at a concert hall and the soccer stadium.  At least 300 suffered horrible wounds. 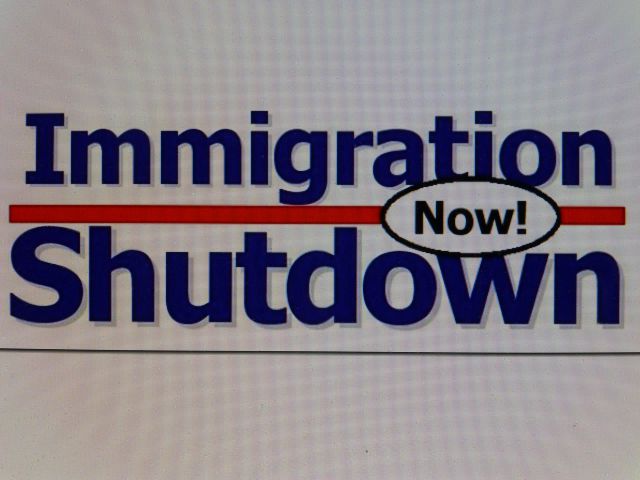 Those Muslim terrorists savagely and barbarically slaughtered civilian French citizens, "As if they were shooting at rats at a dump."

The killings follow on the heels of the 12 French journalists massacred at Charlie Hebdo Magazine headquarters this past January.

Nonetheless, Barack Obama, John Kerry and Congress expect to bring 250,000 Muslim Syrian refugees to America.  James Comey, the Director of the FBI told Congress, "It's impossible to vet those refugees."

Rather than allow Obama, Congress and Kerry to drop a quarter of a million Syrian potential terrorists onto America to start slaughtering our citizens, we, the American people, call for a "Total Immigration Shutdown" into our country.  Additionally, no more Muslim immigrants to America of any kind for any reason!

If we fail to stand up and speak out, it's a predictable reality that we will become another 9/11 again in our own country. Dr. Sebastian Gorka, Islamic scholar said, "They want to die."

U.S. security analyst Fred Thor said, "We are out of time. We will have blood in our streets."

If those 250,000 Syrian refugees land on America, we will be sitting ducks and they will be able to "shoot us as if we were birds in a cage."

Last weekend in Poland, upwards of 70,000 Polish citizens marched in the streets yelling, "No more immigrants.  Poland for Poles…."

At this point, we know that Obama WILL force 250,000 Muslim Syrian immigrants onto our country.  We know that Congress will support him in this venture.  We must call for a "Total Immigration Shutdown."

Today or anytime this week: call your two senators at their statewide offices and their offices in Washington DC.  Call your House of Representatives member locally and in DC.

Go to Google and look up your senators and reps names.  Call their offices both locally and in DC.  Give your name and city:

If we don't stop mass immigration into our country, especially Muslim immigration, we will surrender our country to Islam and Sharia Law.

Again, this quote spells out our fate if we don't stop all immigration:

Dayanand Saraswati, Indian sage, said in 1883, "Having thus given a cursory view of the Koran, I lay it before the sensible person with the purpose that they should know what kind of a book the Koran is. I have no hesitation to say that it cannot be the work of either God or of a learned man, nor can it be a book of knowledge. Here its very vital defect has been exposed with the object that people may not waste their life falling into its imposition. The Koran is the result of ignorance, the source of animalization of human beings, a fruitful cause of destroying peace, an incentive to war, and propagator of hostility among men and a promoter of suffering in society. As to defect of repetition, the Koran is its store."

Definition of slogan:  "Immigration Shutdown Now means the American people want a total shutdown on all legal and illegal immigration. That means we want all illegal immigration stopped by arresting, prosecuting and jailing employers of illegal aliens. We deport all illegal aliens by taking their jobs away and as we catch them.  We want English mandated as our national language. We demand a cessation of Muslim immigration in order to protect our culture, language and way of life. We can't save the world but we can save or destroy our civilization.  We demand a stable population that allows everyone to live, work and thrive into the 21st century. Especially our children." FHW

(Permission to republish this population graph by Roy Beck, www.NumbersUSA.org )

Muslims cannot in any way become Americans. The Koran forbids it.  Their entire religious context demands subjugation to their religion with no allegiance to the U.S. Constitution. The Koran forbids women's rights, marital choice, free speech, gay rights and religious rights.  Our way of life remains completely out of bounds to Islam. This 4-minute video explains our plight:

That's why you need to take action. Send this series to everyone in your network. Educate them.  Urge them to take action by joining these websites to become faxers of prewritten letters and phone callers.  We must force Congress into an "Immigration Shutdown Now!"

In a five minute astoundingly simple yet brilliant video, "Immigration, Poverty, and Gum Balls", Roy Beck, director of www.numbersusa.ORG, graphically illustrates the impact of overpopulation.  Take five minutes to see for yourself:

"Immigration by the numbers—off the chart" by Roy Beck

This 10 minute demonstration shows Americans the results of unending mass immigration on the quality of life and sustainability for future generations: in a few words, "Mind boggling!"  www.NumbersUSA.org

Take action by joining for free: