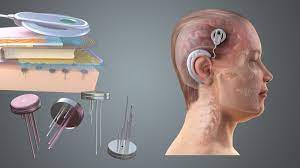 Bloomberg reports that Neuralink, Elon Musk's brain-computer interface firm, said at a Wednesday evening event at its headquarters that it plans to begin putting its coin-sized computing brain implant into human patients in six months. This news comes despite the fact that an overwhelming majority of America think slapping a computer chip inside the human brain is a terrible idea for society.Musk said that Neuralink's device, which has been refined over the past years, would be implanted into people using a robot that carves out a piece of their skull and attaches the device to their brain. Discussions with the FDA mean that the company can plant to begin it's first human trials in the next six months, he said.