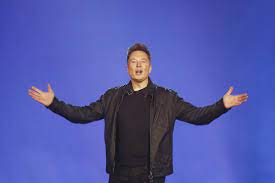 There's a lot of hubbub at the moment about how now that Elon Musk owns Twitter, that those silenced will now be able to speak on social media once more. He laid off a few thousand of the old censorship people and got rid of the ridiculousness here, meaning that Twitter may very well once more be a reputable form of social media.

It looks like he's working to remove the thousands of bots that all say the same thing (conveniently pushing a Marxist agenda) as well.

For all of this, I say Elon gets a solid plus.

"With artificial intelligence, we are summoning the demon," Musk has said. He also says AI is "Potentially more dangerous than nukes."

I would agree with him on both of these being potential threats. (Superintelligence does a very good job of outlining the way these threats could occur.) I don't think that AI will reach the levels of danger that Musk is concerned about, but I definitely think it's a potential threat.

For at least being plugged into reality here, I would say this is a plus.

Elon Musk Visits the Capitol-Blows Off One Group of Politicians...

Confessions of a Newly Minted Ham