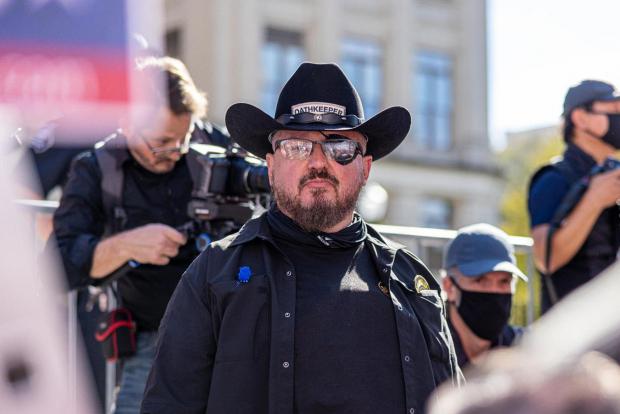 Stewart Rhodes, the founder of the far-right organization The Oath Keepers, was convicted of seditious conspiracy on Tuesday for attempting to overturn the 2020 presidential election results by organizing the January 6 Capitol Hill riots.

Rhodes, a Texas native, was found guilty of the rarely used Civil War-era charge by a Washington D.C. jury after three days of deliberation following a nearly two-month-long trial. He was acquitted of two other conspiracy charges.

Rhodes, once a promising Yale Law School graduate, planned to bring ammunition and firearms to Washington and organized training for fellow rioters to learn "paramilitary combat tactics," according to the Justice Department.

Rhodes called on his followers to fight to defend Trump, discussed the possibility of a "bloody" civil war and warned the Oath Keepers may have to "rise up in insurrection" to defeat Biden if Trump didn't act, according to testimony.

Did Oath keepers change, or is this a different organization from the 00s. My recollection from back in the day dastardly they had no particular political agend, simply being a group of current and former government employees indicating publicly that they would be true to their oath to defend the constitution against enemies foreign and domestic, even if their bosses said otherwise.

"You're a Good Guy. No Question": Judge Goes Easy on Attorney Who Helped Firebomb-