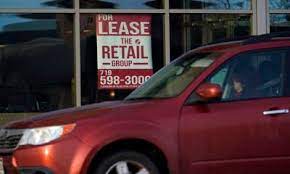 If that were to happen, it would put an extreme amount of stress on our financial system.  The only way we will avoid such a fate is if the Federal Reserve starts reducing interest rates.  Unfortunately, that isn't going to happen.  In fact, officials at the Federal Reserve keep telling us that interest rates are going to keep going up.  This is literally a suicidal course of action, because higher rates are going to absolutely crush the economy.

If you doubt this, just consider what is already happening.

According to a new Alignable survey that was just released, 41 percent of all small business owners in the United States could not pay rent in November…