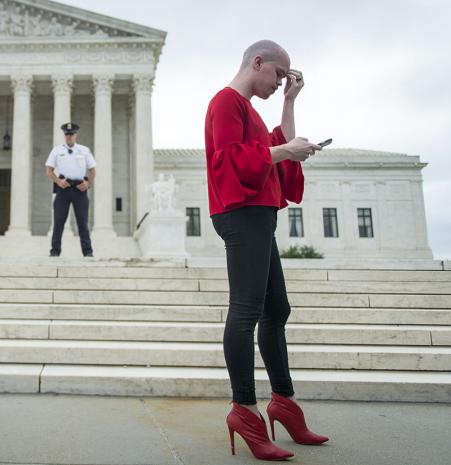 According to court filings, surveillance footage showed Brinton taking the luggage, then removing its tag identifying the owner, before leaving the airport. Brinton was observed using the luggage during at least two other trips to Washington DC - on Sept. 18 and Oct. 9.

When a police officer called Brinton on Oct. 9 for questioning, Brinton confirmed that he still possessed the suitcase, but then claimed it was his.

"If I had taken the wrong bag, I am happy to return it, but I don't have any clothes for another individual," Brinton told the officer, adding "That was my clothes when I opened the bag."

Two hours later, Brinton called back and apologized for not being "completely honest," adding that taking the wrong bag was a mistake because ht was tired.

"DEFENDANT said when they opened the bag at the hotel, they realized it was not theirs," reads the court filing. "DEFENDANT got nervous people would think they stole the bag and did not know what to do. DEFENDANT stated they left the clothes from the bag inside the drawers in the hotel room."