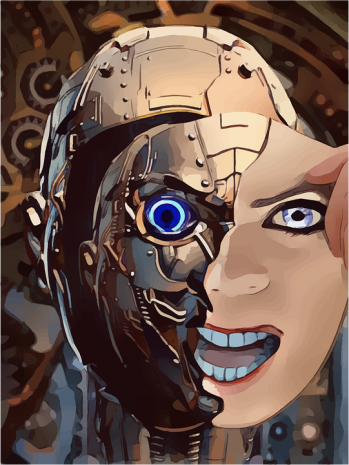 Ever since I wrote the substack article on human augmentation and the UK Ministry of Defence and the German Military Complex , discussing that these two organizations advocate for human augmentation in a report entitled "Human Augmentation – The Dawn of a New Paradigm", I have been wondering if the US government, that is to say the US Department of Defense (DoD) and the Administrative State which controls it, has developed similar plans.

This week I did a little research starting with the key words - "human augmentation" and "DoD" and there "it" is. The "it" being the strategy playbook and battlefield field plan for creating human cyborgs…

For those who lust for more stimulation and shaping after reading the following, this substack also relates to our June 16 substack entitled "ARPA-H, Intelligence Community within NIH".

To begin - there are various "hints" from various governmental agencies that human augmentation research is underway and has been ongoing for a number of years. For instance, this article:

Inside the Military's New Office for Cyborgs 2014

The ability to link human brains to machines, create new life forms and build Star Trek-style disease detectors will be the focus of a new Defense Department office soon.

BOT THE DOG Your next dog could be a robot--