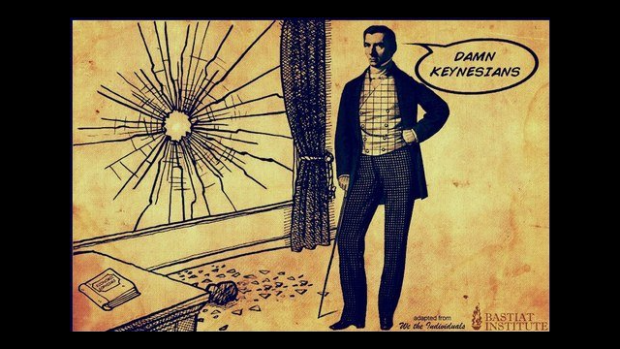 If the Keynesians are right, Hurricane Ian will create an economic boom here in Florida. After all, breaking windows creates demand and that stimulates the economy. And after this massive hurricane cut through Florida, there were a lot of broken windows — and much worse.

Now, you might be wondering what in the world I'm talking about. How does breaking windows create an economic boom?

I'm referring to the "broken window fallacy" first explained by French economist Frédéric Bastiat. And at some point in the next few weeks, more than one economist will try to put a positive spon on the destruction by claiming it will create economic activity. This is yet another common fallacy we run into whenever their is a disaster, right along with the hand-wringing over price gouging.

Imagine that somebody throws a rock through a shop window. Many economists will argue that's good for the economy because the shop owner will have to pay the window fixer to repair the window. As Bastiat put it in his essay, "If you have been present at such a scene, you will most assuredly bear witness to the fact, that every one of the spectators, were there even thirty of them, by common consent apparently, offered the unfortunate owner this invariable consolation: 'It is an ill wind that blows nobody good. Everybody must live, and what would become of the glaziers if panes of glass were never broken?'

The biggest threat to our financial freedom - CBDC

One Way Or Another, The Population Of The Globe Will Soon Be Much Smaller Than It Is Right Now

SELCO: If You're Broke, Remember, The Most Important Preps Don't Cost Money

How the WEF, Collapse of FTX, Ukraine, Child Trafficking, Elections...